ED asked to resolve wrangle over ownership of Waverley Blankets 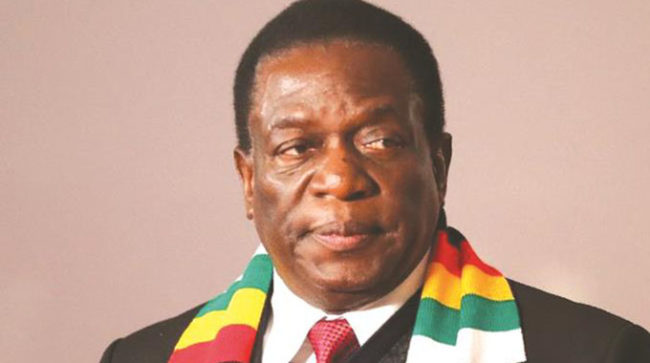 President Emmerson Mnangagwa has been asked to help resolve the wrangle over Waverley Blankets after a relative of the company’s founder allegedly seized control of the textiles giant through corrupt means.

The children of Victor Cohen, who owned at least 13 companies, allege that their nephew Aron Vaco pushed them out of the business empire through fraudulent means.

Cohen’s daughters Amanda Berkowitz and Belynda Halfon have since written to Mnangagwa imploring him to intervene, saying their efforts to recover the assets are being frustrated by corrupt institutions.

“We have reported some of the fraudulent activities at the police and National Prosecution Authority (NPA) after discovering fake documents and it’s now more than a year, but nothing is moving.

Berkowitz said they first reported the case to the police last year and they were referred to the NPA, but there has been no movement in the case.

“The fake documents, which I showed the NPA were the letter purportedly signed by the late Cohen ceding his fake shares of Waverley Plastics to Aron Vico,” she added.

“This particular document was pathetically executed, written on the wrong letterhead.

“However, the NPA did release a directive to the police’s commercial crimes division to obtain the original copy for forensic investigations, but we were told by investigation officer one Blessing Hove that Vico refused to surrender the original document.”

Berkowitz said the same fraudulent documents were used to change the ownership of the company and to open new bank accounts.

“I informed the police that the CR14 Vico is using to prove directorship and open bank accounts was totally irregular,” she said.

“I offered proof but was totally ignored. This follows a disturbing trend where fraudulent documents were likewise overlooked during a High Court hearing presided over by Justice Happius Zhou despite evidence by forensic specialists that proved the documents were fake.”

Berkowitz said she is left with no choice but to approach Mnangagwa to intervene.

“We are trying hard to get justice and Berkowitz met most of the decision makers but was consistently blocked in such a way that Vico was favoured even if we had proof of evidence.”

Halfon said some of her father’s companies were fraudulently changed into individual names and that was not her father’s wishes.

The sisters said they have opened cases with the police under criminal numbers CID CCD HC CR377/03/19 for Waverley Plastics and another case for companies namely Erica, Blankets for Africa, Colourfast Textiles and Printers.