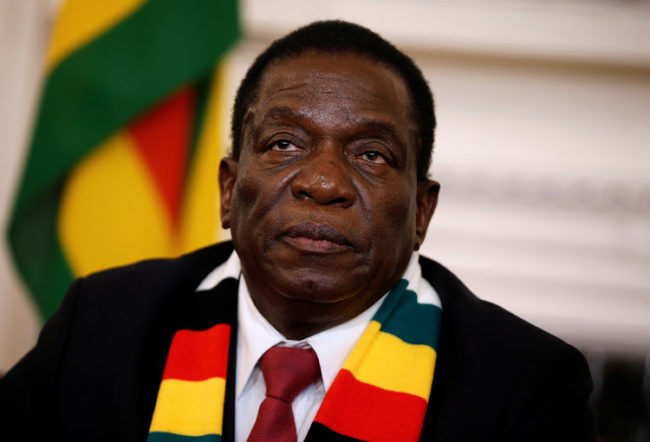 WE note with concern that President Emmerson Mnangagwa seems to be replicating his predecessor, the late former President Robert Mugabe’s style of recycling deadwood, particularly his pick for the Foreign Affairs portfolio, Frederick Shava.

His Cabinet appointments this week, where he replaced two ministers who died of COVID-19 in the past month, evoke a sense of déjà vu instead of inspiring hope. It would appear the choice was motivated by patronage and the hunger to cling to power than serving the country’s economic interests.

It’s clear Shava is being rewarded for lobbying for Mnangagwa’s acceptance by the international community following his controversial victory in the 2018 elections.

As Zimbabwe’s ambassador to the United Nations (UN), Shava must have used his lofty position to do the bidding for Mnangagwa and it is now payback time.

Shava has always been “the golden boy” of Mnangagwa ever since the Willowvale scandal days.

The appointments are a clear failure to break with the past. In the past three years, Mnangagwa has made no less than two Cabinet reshuffles, none of which have been inspiring, as the country’s fortunes went from bad to worse.

So with the latest changes, what Zimbabweans can expect is old wine in old casks, which will not change the country’s fortunes.

The impression that Monday’s appointments give is that Zimbabwe has run short of people to run government. With the economy and social services in shambles, Zimbabwe would be better served by people whose interests are not just in politics but the country’s economic welfare.

It needs people who have the intellectual capacity and capability to run ministries and deliver results.

Ideally, Mnangagwa should have cast his net wider and looked for technocrats, who are not afraid to confront him when he strays, rather than party sycophants, who will sing his praises just to curry favour.

Bringing back old trusted friends has its own problems, as we all saw during the Mugabe era.

Even if they don’t perform to expectation, they know that their jobs are secure because the appointing authority will not sacrifice them.

We have been there before and this is how Mugabe destroyed our economy in the first place, and we are afraid that the ugly face of politics of patronage seems to be creeping back under the man who promised good corporate governance when he took over power in a 2017 coup.