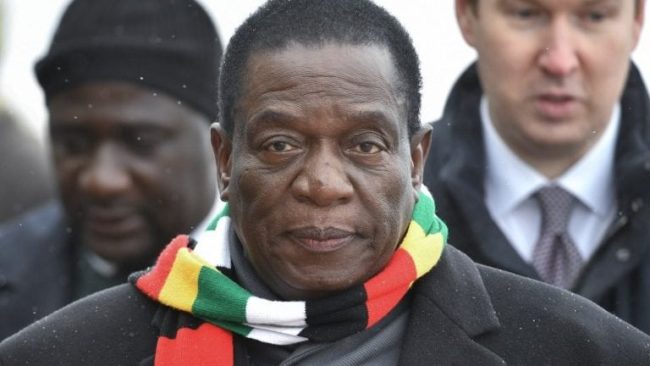 WHILE the citizens are glued to the ongoing circus in Vice-President Constantino Chiwenga’s messy divorce, President Emmerson Mnangagwa and his Cabinet have decided to sneak in a sinister constitutional amendment aimed at emasculating Parliament’s oversight role on debt.

Since the gazetting of Constitution Amendment Bill No 2 Bill in December and more recently this month, Zimbabweans’ attention has been grabbed by Chiwenga’s divorce that is saying a lot about the political elites shenanigans against the people.

We have heard the salacious details of how business mogul, Kuda Tagwirei, has managed to have the ear of the top leaders and possibly having his deals with the State fasttracked and paid for in advance. Our leaders love to roll in the latest Toyota Lexuses, with all the modern gizmos.

Meanwhile, tucked in the omnibus Constitution Amendment Bill is a castration of Parliaments’s role in approving the Executive’s contraction of sovereign debt.
The Executive never wants to account about where they are getting money and on what terms, particularly if the loans are coming from bilateral institutions.

Clause 23 of the Bill proposes to alter section 327(3) of the Constitution so that it only applies to agreements entered into with “international organisations” such as the International Monetary Fund and the World Bank whose members include foreign States.

Section 327(3) will no longer apply to agreements with foreign banks or similar non-State institutions even if the agreements impose fiscal obligations on Zimbabwe.

It is, therefore, very clear that the intention of the amendment will take away Parliament’s powers to approve loan agreements with such non-State institutions. This is not only bad for the country and the taxpayers, but increases the chances of rogue public officials making deals that give them benefits without the people knowing, yet the citizens and other taxpayers are still expected to repay the debts.

This development only goes to show the level of disdain President Emmerson Mnangagwa’s regime has for the people. The development is not new per se, as Finance minister Mthuli Ncube’s 2019 budget revealed that government borrowed nearly US$10 billion between 2015 and 2018 without presenting the debts to Parliament for ratification. It should be noted that nearly 50% of that new debt was contracted after the November 2017 coup against the late President Robert Mugabe.

In that vein, it becomes clear that Mnangagwa is against accountability and transparency; and, therefore, he is tired of being made to account, hence making the nefarious amendment that has no history in constitutional democracies. It is apparent that Mnangagwa wants to take us back to feudalism and he being the Lord of the manor taking no questions from minions.

Mnangagwa wants to remove section 327 of the Constitution that curbs government’s profligacy by giving Parliament the right to approve or to veto agreements that might increase Zimbabwe’s foreign debt. In other words, he wants to borrow without accountability — taking us back to the era where the government borrowed without limit.

Veritas, a parliamentary monitoring group, aptly captures it when it says: “To amend section 327 so as to remove or reduce Parliament’s powers will be utterly pernicious and will encourage a return to reckless spending by the government, mortgaging the birthright of future generations.”

There are many things that the Bill gets wrong, but this goes to the heart of parliamentary democracy. Parliamentary democracy was born out of the need to walk away from the shackles of unaccountable monarchies and the rallying cry was, “no taxation without representation”.

It is the duty of all men and women, particularly men and women of honour in the august House and civil society to defend the citizens against this flagrant abuse of power. Moreover, if there is any other power that Parliament enjoys in all parliamentary democracies it is the power of the purse — to approve taxation and expenditure in each financial year. And this is the very same power the amendment seeks to curtail.

The November 2017 coup may have in many ways eroded our democracy, but this new amendment to emasculate the powers of Parliament in debt contraction is worse than a coup. It makes the taxpayer and citizens slaves of the Executive who repay the debts without knowing in the first instance how the loans were acquired, on what terms and most likely what they were used for.

It may be time that a line on the power the Executive wields should be seriously considered and where possible neutered. Zimbabwe is for us all and transparency and accountability in the name of good governance should be observed.

Paidamoyo Muzulu is a journalist and writes here in his personal capacity. He can be contacted on muzulu.p@gmail.com