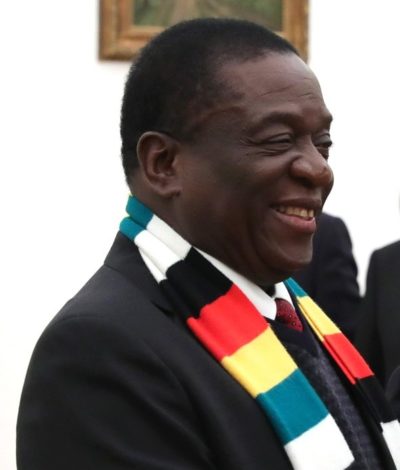 PRESIDENT Emmerson Mnangagwa has ordered disgruntled party members to stop taking out their anger over the just ended district co-ordinating committee (DCC) elections to the media.

Zanu PF held its DCC elections a fortnight ago in polls that have proved to be divisive and were marred by allegations of rigging, manipulation, violence and mudslinging.

The internal polls had been the subject of debate on social media, with videos that went viral exposing the chaotic manner in which they were conducted by a party which boasts of being the beacon of democracy.

Several party members who felt cheated appealed to Mnangagwa, who yesterday stepped in to douse the fire.

Addressing the party’s politburo, Mnangagwa while it was constitutional to raise issues of concern, party cadres should not take their anger to the media.

“I want to dissuade our members from using both the mainline and social media to express
their grievances. Doing so amounts to bringing the name of the party into disrepute,” Mnangagwa said.

This is not the first time Mnangagwa had warned party members washing their linen in the public.

Last year he intervened after party stalwarts such as secretary for administration Obert Mpofu exchanged harsh words with youths who included deputy secretary, Lewis Matutu over allegations of corruption.

Mnangagwa said the DCC elections should unite the party and mobilise grassroots instead of causing fights.

The Zanu PF leader, however, said aggrieved parties had a constitutional right to seek recourse within laid down party procedures.

“However, in doing so, loyalty and discipline, as expressed through understanding and adherence to the party constitution, ethics and guiding principles must always be at the core,” Mnangagwa said.

Addressing journalists after the meeting, party acting spokesperson Patrick Chinamasa said reruns in disputed areas would be held on December 28, followed by a Central Committee meeting on December 30.

“If there any grievances by party cadres, the President emphasised that there is no need to go to social media but to follow process. Taking grievances through social media is not the proper channel and it is important to note that,” Chinamasa said.

He said disciplinary action would be taken against those involved in skirmishes that rocked the DCC elections particularly in Nyanga, identifying central committee member Moses Gutu as one candidate for censure.

He acknowledged skirmishes in Mutare Urban but said the matter has since been resolved.

Chinamasa said a number of districts completed their elections including Tsholotsho, Mutare urban and Makonde where all results were accepted except the post of chairperson.
He said a petition from the Hwange district was on its way.

“The issue of the DCC elections of course was main on the agenda,” Chinamasa said.

He conceded that voting ended up taking longer than expected but attributed the debtors to heavy rains and logistical issues.

Voting, he said, was supposed to take place on Saturday but ended up stretching to Wednesday but quickly added that “99,9% of the polls were held in a peaceful manner.”

Meanwhile, Mnangagwa saluted the MDC-T-dominated Victoria Falls council for conferring him with the Freedom of the City.

“I was humbled to receive an honour by the residents of Victoria Falls City Council, who conferred me with the Freedom of the City status,” he said.

“The fact that this was done by an opposition-dominated council attests to the fact that our long standing call for unity and oneness among our people as Zimbabweans is taking hold,” Mnangagwa said.