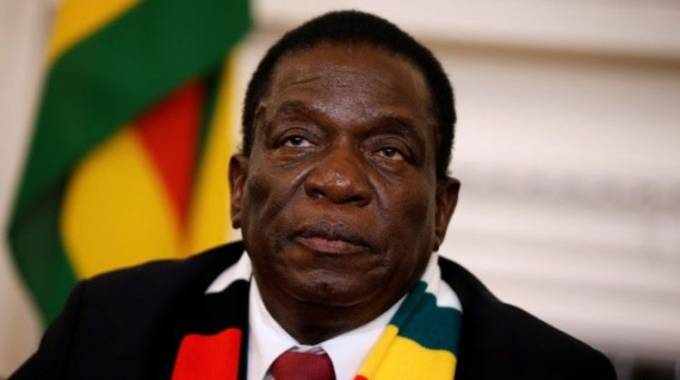 PRESIDENT Emmerson Mnangagwa has directed that no villagers should be displaced by an irrigation project to be implemented by government in the Chilonga area of Chiredzi.

Last month, the State came under fire for attempting to displace over 12 000 Chilonga villagers to set up a lucerne grass farming project after it issued Statutory Instrument (SI) 50 of 2021, which was then repealed and replaced with SI 72A of 2021.

On Sunday, Mnangagwa dispatched his deputy, Constantino Chiwenga, to Chilonga to “communicate key decisions of government to chiefs, headmen, councillors and MPs in Chiredzi, ahead of a massive irrigation project planned for the district.”

Yesterday, Presidential spokesperson George Charamba tweeted: “Through the Vice-President (Constantino Chiwenga), President Emmerson Dambudzo Mnangagwa directed that the list of beneficiaries for the giant Kilimanjaro sugarcane covering
4 000 hectares be drawn anew to ensure beneficiaries are locals in the main.

“The President has taken a poignant interest in who is who on the list to ensure that government policy of local empowerment is not defeated by land barons from elsewhere intent on displacing locals, as happened during the colonial era when commercial cane agriculture took form through international finance capital.”.

He said government was embarking on the development of key infrastructure, such as bridges, roads and soft communications to improve mobility and access to markets and inputs in the area.

“The key word is development, not displacement as claimed by detractors. At the heart of this national master plan for depressed areas is community empowerment through diversified irrigated agriculture, mining and eco-tourism. Development of communication infrastructure, principally road networks, telecommunication broadcasting services is a key enabler in the matrix, as is also the intensification and upgrading of livestock in these zones which lend themselves eminently to animal husbandry.”

He said during the same visit by Chiwenga, a new water policy was unveiled at Tugwi-Mukosi Dam, which would meet water requirements of commercial agriculture in Chiredzi district.

During his visit, Chiwenga told villagers that the irrigation project was aimed at uplifting marginalised areas like Chilonga.