ED postpones Shurugwi rally. . . to focus on tragedy in Manicaland 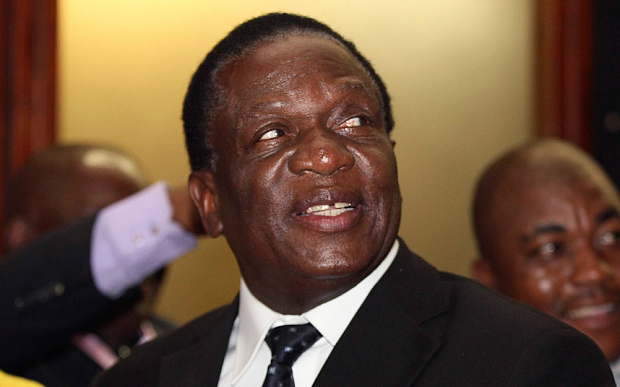 President Emmerson Mnangagwa, pictured, has cancelled a “thank you rally” that was scheduled for Saturday in Shurugwi, Midlands Province, following the deadly Cyclone Idai that left over 90 people dead and hundreds others missing.

In a statement, Zanu PF Midlands provincial spokesperson Cornelius Mupereri said a new date would be announced in due course.
“The department of Information and Publicity wishes to advise the province that our intended presidential meet the people rally which was scheduled for the 23rd of March at Chachacha Growth Point in Shurugwi has been postponed until further notice.

“This is due to the fact that the nation has been plunged into mourning by the devastating effects of Cyclone Idai. Our president … saw it fit to concentrate all the efforts, energy and resources towards our fellow citizens who were affected by the cyclone,” Mupereri said.
As part of the thank you rallies, Mnangagwa has been to Mwenezi in Masvingo Province.

The tropical cyclone, which reached the country from Mozambique last week, knocked down trees and destroyed key infrastructure and hundreds of homes in the process, mainly in Manicaland province.
Government on Saturday night declared Cyclone Idai a national disaster, which has seen several local an international organisations including ordinary people donating various items ranging from tents to clothes and food.

Zimbabwe experienced its worst floods in living memory in 2000 when Cyclone Eline left a trail of destruction in Manicaland, where more than 136 people were killed and   59 184 huts were damaged.
Apart from the loss of human life and property, 230 dams also burst, leading to severe flooding which caused deaths of more than 20 000 head of livestock.

Observers say the recent cyclone could be the worst in the history of the southern hemisphere as search efforts are still underway, with Mozambique claiming its death toll could be over 1 000.
Mnangagwa has since visited the hardest hit areas in Manicaland in a bid to assess the nature of the destruction caused by the storm.

He recently cut short his visit to United Arab Emirates to attend to the disaster, although his government was blamed for its unpreparedness, despite having known about the storm well in advance.

Observers argue that government should have evacuated the people to higher ground before the cyclone hit, which would have helped to save lives.