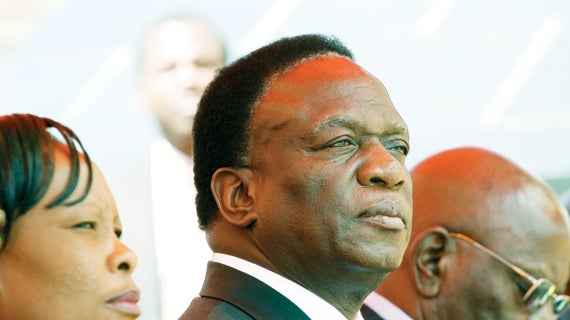 Although police initially confirmed the arrests on Wednesday, they made a U-turn yesterday saying they were unaware of the opposition activists’ whereabouts, prompting human rights groups and foreign diplomats to demand answers from Mnangagwa’s government amid fears they could have been abducted by State spy agents.

“The ZRP wishes to make it clear that the MDC Alliance members who include Joanah Mamombe, Obey Sithole, Ostallous Siziba, Stanely Manyenga and Justin Chidziva (including Cecilia Chimbiri and Netsai Marowa) who were involved in an illegal flash demonstration on May 13 in Warren Park, Harare, are not in police custody,” police said in a tweet yesterday.

But on Wednesday, national police spokesperson Assistant Commissioner Paul Nyathi was quoted as saying: “I can confirm that the police arrested the three in Harare today in connection with an illegal demonstration which occurred in Warren Park earlier in the day.

They are in our custody and we are still making further investigations into the issue.”

Nyathi yesterday said he never admitted that they had arrested the activists, but only confirmed that they were investigating the case.

The activists were nabbed after they led a protest over deteriorating standards of living under Mnangagwa’s administration.

Human rights lawyer Roselyn Hanzi said she feared for the safety of the three ladies after failing to locate them at several police stations in Harare.

Hanzi said it was sad that the government was using State resources to suppress human rights instead of fighting the coronavirus.

“Very sad that the State has a penchant of misdirecting a lot of energy, resources, time violating rights rather than comply with the Constitution and investing more energy, time and resources fighting coronavirus,” she said.

The activists’ lawyer Agency Gumbo also said he had made checks at all police stations in the capital, but could not locate his clients.

The international community led by the European Union (EU) and Britain yesterday took to Twitter to express the bloc’s concerns on the development.

Posting on its official Twitter handle @UKinZimbabwe, the Western nation said: “Concerned to hear lawyers still not told of whereabouts of three female MDC officials reportedly arrested in Harare. Urge authorities to use their resources to locate (them) urgently in line with security services’ obligation to act at all times in line with Zimbabwe’s law and Constitution”.

The EU also tweeted: “We are concerned that three female MDC officials remain missing after they were reportedly arrested in Harare yesterday (Wednesday). We urge authorities to swiftly and in line with constitutional and legal obligations assist lawyers and relatives to establish their whereabouts and wellbeing.”

The MDC Alliance said it suspected the police had abducted its activists and held them incommunicado.

“As the people’s party, we have no doubt that our youth assembly leaders’ forced disappearance has the tacit approval of Emmerson Mnangagwa’s illegitimate regime.

Indeed, the illegitimate regime has been at the centre of using abductions as a strategy to deal with dissent,” the opposition party said in a statement.

Mnangagwa has, since he came into power over two years ago, been under the watchful eye of the Western powers over his alleged human rights abuses, including extra-judicial killings by State security agents.

Allegations of human rights abuses have hindered government’s re-engagement efforts with the family of nations to unlock credit lines for the country’s comatose economy.