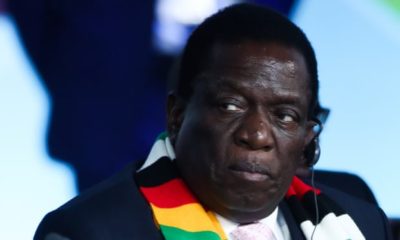 PRESIDENT Emmerson Mnangagwa (pictured) is seeking to suffocate opposition parties in the country by crafting tough laws that will regulate their operations.Mnangagwa’s government is also drafting laws to criminalise campaigning against one’s country after he accused the Nelson Chamisa-led MDC Alliance of inviting Western sanctions on the country.

“Recommendations from the 2018 and 2019 annual reports of the National Peace and Reconciliation Commission, which were adopted by Cabinet: The Vice-President will present the recommendations to Parliament in due course as required by the Constitution,” Nyoni said.

“Highlights of the recommendations include the following, that legislation and a code of conduct will be put in place to regulate the operations and conduct of all political parties. That campaigning against one’s country shall be legislated at law and criminalised.”

Zanu PF has been calling for a law that would make it a criminal offence for citizens to campaign against the country.Zanu PF party chief whip Pupurai Togarepi has been lobbying for the law.

Mnangagwa on Tuesday accused the MDC Alliance of being a terrorist organisation, working with Western countries to remove him from power.He also defended security forces’ brutal clampdown on protesters on July 31.

Following the launch of a social media #ZimbabweanLivesMatter campaign over rights abuses in Zimbabwe, Mnangagwa signalled a more radical approach, threatening to “flush out bad apples”.

Nyoni said the NPRC also called for the strengthening of laws to ensure unity in Zimbabwe.

“That existing laws shall be strengthened to include elements that foster tolerance, equality and social cohesion among Zimbabweans as well as prohibit hate speech by public officials, media houses and citizens in public spaces and social, print and electronic media platforms,” she said.

Meanwhile, Cabinet has called on nurses and doctors who are on strike to immediately return to work, saying their grievances would be addressed while they are working.

“In terms of preparedness, the nation is informed that Wilkins and United Bulawayo Hospitals are now admitting mild to moderate cases. The recruitment of nursing staff is already underway. In the same vein, His Excellency the President has appealed to the striking nursing personnel to return to work such that loss of lives can be minimised,” Cabinet said.

Newer Post
We are watching you, Ramaphosa to ED
Older Post
Activist calls on SA to condemn human rights violations in Zimbabwe