ED to hand over Tsholotsho houses 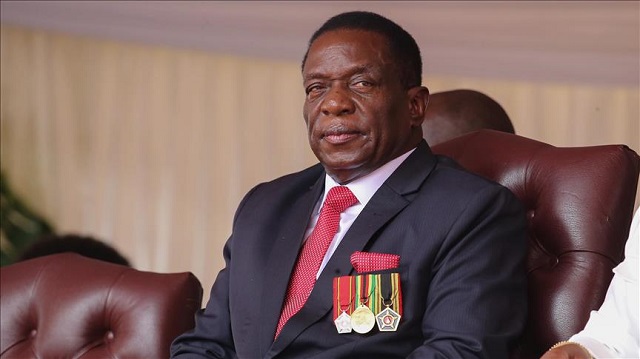 Belinda Moyo , Sunday News Reporter
PRESIDENT Mnangagwa will officially hand over houses that were built by the Government for Tsholotsho flood victims in Matabeleland North Province before the end of November.
This was revealed by the Minister of State for Matabeleland North, Cde Richard Moyo when he toured the area on Friday.
The Government has constructed more than 250 houses for families that were affected by floods last year in Tsholotsho District as part of efforts to improve the living conditions of the affected people.

Initially, the Government had set the target to construct 319 houses for the Tsholotsho flood victims but there were delays early this year as the country was focusing on the 2018 harmonised elections. Cde Moyo said the remaining houses should be ready by the time of the official handover.

“The Government is here for you and I want to promise you that the houses will be finished in no time as the President is set to officially hand them over to you before the end of November. We are here to assure you that we have not forgotten you and we are continuing to build and finish off the houses before the rains start. The construction was put on hold as most of the focus was put on elections,” said Cde Moyo.

In an interview, Cde Moyo said the completion of the construction was significant to ensure that the families do not go back from where they were relocated from.

“It is very important that this work be done quickly so that the families do not go back to where they were staying because it will be an issue for the Government to move around with helicopters to rescue them if the floods reoccur. If they will go back we want them to do it on their own knowing that as the Government we did our part to ensure that they are safe, and gave them proper accommodation,” he said.

The families said they were facing many challenges. Speaking to Sunday News, Ward Six councillor, Mthetho Sikhosana said people were facing sanitation challenges and were afraid that there might be an outbreak of cholera. He added that since the population is increasing there was a need for a police base, clinic and a secondary school.

“We are glad that the minister came today to personally address and listen to the grievances of the people.  We are hoping that since the minister himself visited us today all our challenges would be noted and addressed. The houses are being built but there are no toilets which is a cause for concern as we fear the outbreak of diseases like cholera.

If you are building a house the first thing is a toilet. The issue of water is another sensitive issue as the whole ward is facing water challenges,” said Clr Sikhosana.
He said the nearest secondary school was almost 20 kilometres away. Some of the victims are still housed in tents. — @MoyoOlivet