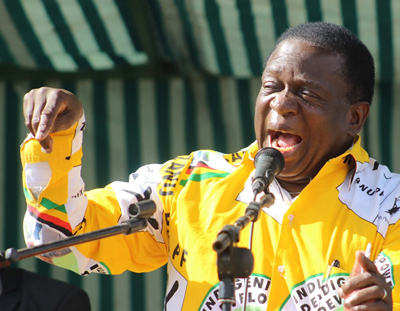 PRESIDENT Emmerson Mnangagwa is tomorrow set to meet with Zanu-PF youths in an interactive session that will bring the party’s eight provinces together.

Zanu-PF’s secretary for youth Lewis Matutu, said Mnangagwa will be their guest of honour at tomorrow’s national assembly meeting. “We are having our national executive council meeting tomorrow (today). This event is part of the party’s constitution.

On Thursday, we will also have the national assembly, which is also in the constitution, which requires us to meet at certain intervals. His Excellency, the president is our guest of honour. This meeting ropes in all the provincial leadership from eight provinces as you are aware that the Harare and Bulawayo provinces were recently dissolved,” Matutu said.

Mnangagwa announced the dissolution of the executives of the two provinces recently to address factionalism which the Zanu-PF leadership blamed for its failure to win urban constituencies in the two metropolises.

Matutu said the purpose of tomorrow’s meeting is to look back and review the party’s programmes and projects as well as planning ahead and focusing on mandates in relation to the youths.