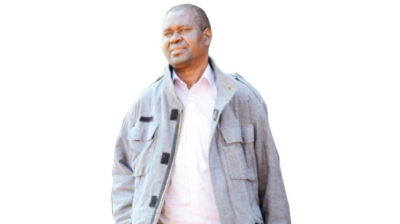 PRESIDENT Emmerson Mnangagwa’s former top aide Douglas Tapfuma, who is serving a four-year effective jail term for criminal abuse of office, will have to endure more time behind bars after his application for bail pending appeal was recently dismissed by the High Court.

Tapfuma, who briefly served as director of State Residences, was in June this year slapped with a six-year jail term after being convicted of importing his personal vehicles using the President’s Office, but two years of the total sentence were suspended on condition of good behaviour.

Tapfuma later approached the High Court on bail pending appeal and his matter was recently heard by Justice Pisirayi Kwenda, who ruled that his chances of evading a jail term in the matter were very slim.

“I find that the appellant (Douglas Tapfuma) does not have a reasonably arguable appeal. The prejudice likely to be occasioned by the systemic delays in the setting down of appeals is no longer a persuasive argument in cases of bail pending appeal,” Justice Kwenda said in his judgment.

“Appeals are no longer being delayed. The court can take judicial notice of its processes and statistics. I can say with authority as a judge who sits in the criminal appeals court that the court is dealing with current/very recent appeals noted in the second half of 2019 and in 2020.”

Commenting on Tapfuma’s effective jail term, Justice Kwenda said given his official top position, his sentence would serve as a deterrent to would-be offenders and, as such, the court would not be inclined to interfere with it.

“As against the sentence, the appellant’s counsel rightly conceded that the appellant abused his position in a highly regarded executive office and persons who work in that office can easily escape public audit,” he said.

“People who abuse that office can easily get away with the wrongdoing. There is, therefore, no way the appellant would escape imprisonment because of the need for deterrence.”
The judge also dismissed Tapfuma’s assertion that appeal cases took long to process.

“All cases of bail pending appeal/review are normally submitted with the full transcripts of the record of proceedings,” the judge said.

“For some reasons appellants do not seek orders expediting the hearing of their appeals despite that the typed transcripts are in all cases ready. I also sit in the anti-corruption appeals court.

“That court convenes without delay as soon as the matter is ready for argument. There is no waiting period.

“The appellant in this case, was convicted and sentenced two-and-a-half months ago. The full transcript of proceedings is readily available. It is therefore up to him to request set-down of his appeal. The anti-corruption appeals court does not have a backlog.”