PRESIDENT Emmerson Mnangagwa’s top ally Christopher Mutsvangwa yesterday angrily stormed out of a debate after he was confronted over the manner in which government reintroduced the local currency and rendered savings and pensions worthless. 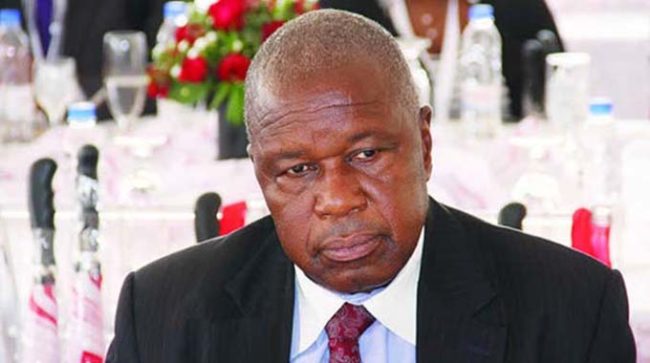 Mutsvangwa was unhappy over interjections by MDC secretary for elections, Jacob Mafume, during The Big Debate, a platform organised by Alpha Media Holdings, the publishers of NewsDay, The Standard and Zimbabwe Independent to discuss crucial national issues.

Things got to a head when Mafume accused the Zanu PF government of presiding over a soft genocide and robbing people of their earnings through a unilateral currency change.

“You are not God who just sits and changes the currency. We, as a people, have a right to know what currency we are going to use. People can’t afford healthcare, their pensions were eroded, hospitals are closed,” Mafume charged.

“There is a soft genocide in this country under the watch of Zanu PF. For people who have earned their living from taxpayers money as ministers and government employees to come and say there is no need for democracy on the currency issue is nonsense.”

This invoked a strong response from an emotionally charged Thabani Mpofu, Mnangagwa’s special anti-corruption prosecution crack team leader, who questioned the use of the greenback.
He was part of the audience.

“I cannot understand for the life of me why anyone can clamour to use a currency that is not ours. Admittedly, the transition has been harsh, but tell me who among us has earned the US dollar except those who work in civil society,” Mpofu said.

“(The) US dollar is foreign currency and is earned, you earn it by exporting.”

Mutsvangwa argued that the audience, who paid to attend the debate and strongly opposed his contributions through interjections, had been hired to embarrass him as he struggled to justify why Mnangagwa’s government introduced a local currency.

The audience, in their submissions, indicated that they were unhappy with the introduction of a local currency and that they had no trust in the Zimdollar.

Economist Ashok Chakravarti said it was the biggest battle for Mnangagwa’s government to set the right economic fundamentals to ensure the Zimdollar holds value, while foreign currency was freely available.

In his early submissions, Mutsvangwa had argued that democracy was at work in Zimbabwe, and told other panellists to be grateful that they had democracy.

“If some people had to sacrifice their only one life so that we get democracy, who are you to sit here and say democracy does not work? The least you can do is be courteous to those who fought for democracy so that you can sit here and debate freely,” Mutsvangwa said.

He said he was the champion of democracy “who ousted two tyrants” in his life, former Prime Minister Ian Smith and former President Robert Mugabe (both late), whom he said was ousted in a counter coup.

“I have been at the forefront of ousting two tyrants in this country and you must at least give us credit. What happened in November 2017 was not a coup, but it was a restoration of order,” Mutsvangwa said.

“There were people who had attempted to stage a coup trying to wipe out the military establishment, but they were removed through a counter coup. You do not remove the establishment with a pistol when they have guns.”

He accused MDC leader Nelson Chamisa of staging a coup in his own party to grab power from then opposition deputy president Thokozani Khupe.

But Mafume interjected and pointed out that Mnangagwa came to power through a military coup and has become a civilian leader of the army, which remains embedded in elections, economy and the political space, suffocating democracy.

“Mutsvangwa claims to have had respect for our late leader Morgan Tsvangirai. But in 2008 when he (Tsvangirai) won the elections, it was Mutsvangwa who was the cheer leader for the system that refused to recognise that Mugabe had lost and allow the transfer of power.”

Chakravarti opined that Zimbabwe needed “better democracy” for the economy to grow.

Mpofu demanded that Zimbabwe does away with the democratic system because it was bringing to the fore incompetent leaders.

The debate was moderated by businessman Nigel Chanakira, who calmly tried to contain rising tempers as the rivalry between the MDC and Zanu PF dominated the debate and became the main focus.