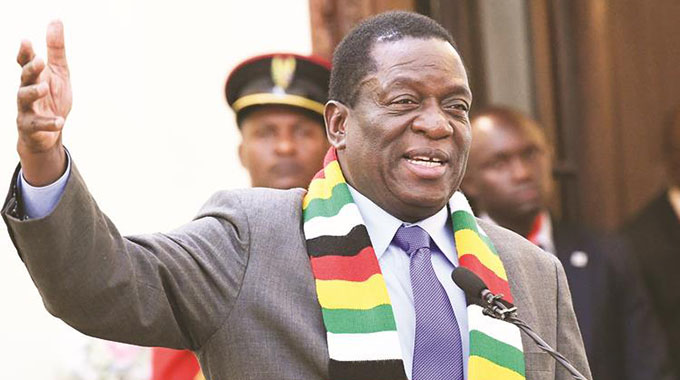 Tendai Mugabe in RUTENGA
President Mnangagwa has commended the Education Amendment Bill that was gazetted on Friday, saying it will re-introduce the concept of free education that was adopted at independence, once it is passed into law.

The Head of State and Government and Commander-in-Chief of the Zimbabwe Defence Forces told scores of Zanu-PF supporters attending a Meet the People Rally at Rutenga Business Centre on Saturday that no child must drop from school for failing to pay fees.

“We have a Bill that is coming,” said President Mnangagwa. “We want to go back to the old system when we got independence where we said primary education should be free.

“No child in Zimbabwe should not go to school. This new law will penalise any parent who says a child should go and herd cattle instead of going to school.

“We are going to do everything we can to ensure that all schools are electrified. Where we cannot have electricity from Zesa, we should have solar power so that science subjects are taught at those schools.”

President Mnangagwa said Government will continue with the programme of giving computers to schools. He said children from Zimbabwe should be competitive wherever they go.

“As Government, we shall be giving computers to the schools,” he said.

“You are aware that former president (Robert) Mugabe was giving computers to electrified schools and this has helped several children in rural areas to learn computers.

“It’s a good programme that we are going to continue with. If a child is coming from Mwenezi and going to Harare, he or she should be the same with the child in Highfield. We want our children to be competitive wherever they go.

“It is production, production and production. It is skills, skills for our people. This is the only way we can develop our country. No one will develop Zimbabwe except ourselves.

“That burden of development is on our shoulders. Together we can make Zimbabwe better, we can build the Zimbabwe we want where every family, where every individual, where every single girl or single boy will use their talent for the good of this country.”