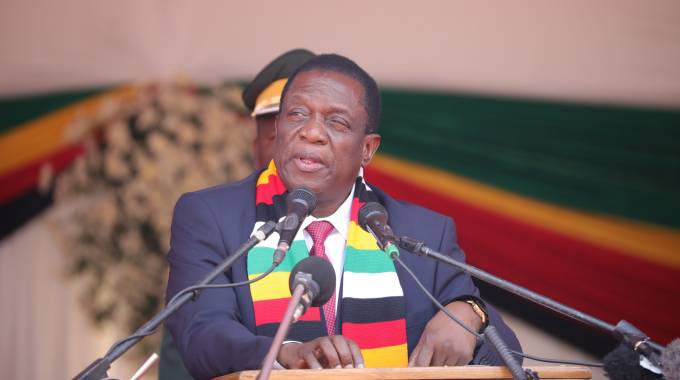 Farmers should work hard during the 2019/2020 summer cropping season to restore the country’s food-secure status, President Emmerson Mnangagwa has said.

“We are likely to enjoy normal- to above-normal rains in the first three months of October, November and December of the season. Thereafter, from January, February up to March, the forecast points to a normal- to below-normal rainfall pattern,” he said.

“As before, Government will support our farmers with inputs and other services in time.

“The goal is for speedy recovery so our country regains its food-secure status. In the meantime, I urge all our farmers, big and small, to put shoulder to wheel so we take full advantage of the early rains.”

Farmers representatives said they were counting on Government for support.

“Yes, mentally we are ready, but to be frank, most farmers cannot simply afford the inputs. We are, however, happy because the Government has started to put in place mechanisms to help us.

“This time, it seems everything is done correctly because we can involve banks such as CBZ, who really know, and we are also grateful to the Ministry of Lands (Agriculture, Water, Climate and Rural Resettlement) because they are listening and engaging us in this whole issue,” he said.

Zimbabwe Farmers Union executive director, Mr Paul Zacharia also agrees. He said besides such inputs as fertiliser and seed, many farmers were not able to buy enough fuel.

“Even those with tractors cannot afford to pay for the spares, so without proper support, some farmers will not be able to plant their expected hectares.”