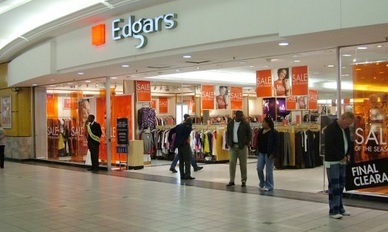 EDGARS Stores (Edgars) says it has finalised its acquisition of intellectual property (IP) rights to Jet and Edgars trademarks and brands for the territory of Zimbabwe.

The listed apparel retailer had earlier announced that the deal had been approved by shareholders in an extraordinary general meeting in January.

“The directors are pleased to advise shareholders that the company has successfully achieved all conditions precedent and that the transaction was implemented on Friday 22 March 2019,” the company said in a statement on Monday.

The company had been operating the brands under a franchise agreement, in which it paid annual franchise fees calculated as a percentage of its revenue.

“The opportunity to acquire the Jet and Edgars brands, is in line with the company’s strategic goals of improving its financial performance and represents an opportunity for permanent reduction of operating costs going forward,” the company said in a circular to its shareholders, prior to the approval of the deal.

“The transaction also provides a unique opportunity to secure local ownership of these strong retail brands that have, and will continue to generate value for all shareholders,” the company said.

The purchase price for the IP was $1,5 million. Edgars and Edcon agreed to settle the purchase consideration through the issue of 15 million ordinary shares in Edgars Stores.

Following the transaction, Edcon’s shareholding in Edgars Stores increased from 39 percent to 42 percent.

Edgars Stores says it had been working to implement initiatives that will improve its operating and financial performance.

“To date the results have been positive and further work will be implemented with a view to achieving the goals laid out in the company’s 2018 to 2022 strategic plan,” read the circular.

The company says an opportunity to further lower the company’s operating costs arose when the management team entered into discussions with Edcon regarding the acquisition of the Edgars and Jet brands locally.

Edgars Stores reported a profit after tax of $1,9 million for the 26 weeks ended July 8, 2018, representing a considerable increase from a profit of $567 499 realised in the prior comparable period.