Editorial Comment: A day to reflect on our blessings

Source: Editorial Comment: A day to reflect on our blessings | Herald (Opinion) 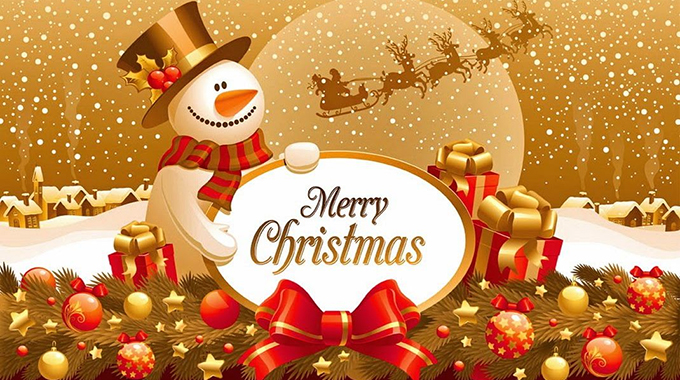 As we gaze out of the window this Christmas morning, we should perhaps be counting our blessings after a remarkable year.

For a start, we have weathered the Covid-19 outbreak far better than most countries.

Less than 340 people have died, so there are few families grieving.

Much of that, of course, was because both the Government and Zimbabweans in general took the outbreak seriously, very early, and trusted public health experts and scientific advice. Conspiracy theories and sheer bloody-mindedness had little traction.

In fact our collective efforts made us healthier. General death rates plummeted 20 percent as the Government, with backing from a wide swathe of the community, upgraded our entire public health system.

The World Health Organisation was impressed by our anti-Covid-19 response, but was even more impressed by the fact that not only did we not divert medical resources to Covid-19, but that we generally found more resources to cope with all the non-Covid-19 medical problems. Few countries have that track record.

We also learned that while we were grateful for a lot of external assistance, a lot of that upgrading and the equipment we needed to fight Covid-19 was done and made by Zimbabweans.

What really impressed President Mnangagwa, for example, as he was mobilising resources was that the public sector and the private sector united to do something as a nation. So we emerged stronger.

The second major blessing is that we are started scoring successes, big successes, in our economic battles.

The Second Republic had been laying the groundwork starting with huge reforms in Government budgeting and spending right back in 2018.

And many of us may well have had doubts if anything would ever work as decades of accumulated fiscal and monetary mismanagement rose to the surface.

And then suddenly, almost overnight, we hit the promised calm waters as the transitional reforms started, as promised, to deliver. For the last few months prices have been largely stable, with that stability driven by stable exchange rates driven by market forces, and those stable rates in turn driven by the original 2018 reforms to Government finances.

We were originally promised the Transitional Stability Programme would deliver by the end of this year; instead the delivery came around four months early.

That in turn generated more confidence.

Again, like the battle against Covid-19, this longer-term battle was following a Zimbabwean strategy, crafted by Zimbabwean experts who obviously got it right, and maintained through some rather severe storms by a President and Government who dumped short-termism and populist measures to ensure it succeeded.

It must have been a bit nerve-racking at times in the corridors of power. But as we said right at the start of the Second Republic, when President Mnangagwa brought in his team of Zimbabwean economic technocrats, there were two necessary conditions for success: first the President had to trust his judgment that he had appointed the right people and that he could trust them, and secondly, just as importantly, the technocrats had to trust that the President would back them and would keep the ship of State moving through very heavy seas in the right direction. They all did and so it worked.

But there is now a general feeling among the public, and the Covid-19 successful response reinforced that confidence, that we know what we are doing, as Zimbabweans. That in turn will make the next steps, implementing the National Development Strategy, so much easier.

Knowing that we can do a lot more than wander aimlessly, that we can in fact all pull in the same general direction and that the strategy being followed makes sense, means that everyone knows they are not wasting their time if they put in the required hard work and efforts.

That is not the case if all you are trying to do is to survive and if you have a deep feeling that effort is ultimately in vain.

There is a new sense of purpose now, as the equally sudden surge of innovation across the public and private sectors is showing as every week sees more successes, big and small, and generally combining a great deal of common effort built on sensible policies, as the President likes to highlight when he visits the next success story.

We have a bonus this Christmas, with decent weather and a good start to the rains.

This makes life easier for farmers, although involves them in a lot of extra work, but again work that will produce results, and has even allowed the Zambezi River Authority to almost double the water rations for zesa at Kariba, solving some of the power generation shortages and helping to keep energy costs under control.

There will be flooding somewhere, and there is already an early-season cyclone moving west across the Indian Ocean that may well hit the Eastern Highlands. But the most interesting public reaction is that this time we will cope a lot better than we have in the past, that this time we know what to do and we will do it, and basically do it right. There is no panic, just a desire for early warning and a coordinated effort to cope.

That again is a result of the new-found confidence Zimbabweans are gaining, that we are not helpless victims in an unfriendly world, that we can solve problems and manage crises.

The early years of independence were marked by Zimbabwe being a high morale society. All things seemed possible.

We drifted off the rails a bit, but this time round we have that more sober confidence that we can actually do it, with all the knowledge and experience we have built up

A cyclone may be “an act of God”, as the law describes these sort of events that are not caused by human actions. But on the other hand we now know “God helps those who help themselves” and we know we can help ourselves.

So this Christmas, more family orientated than usual with no parties and gatherings, should be a time of quiet enjoyment for us all.

We have weathered storms, and more storms, figurative and real, will come. But we now know how to sail through them, and when a storm hits us we can just batten down the hatches, put a reef in the sails, and move forward.