Editorial Comment: A new approach due in cable vandalism fight 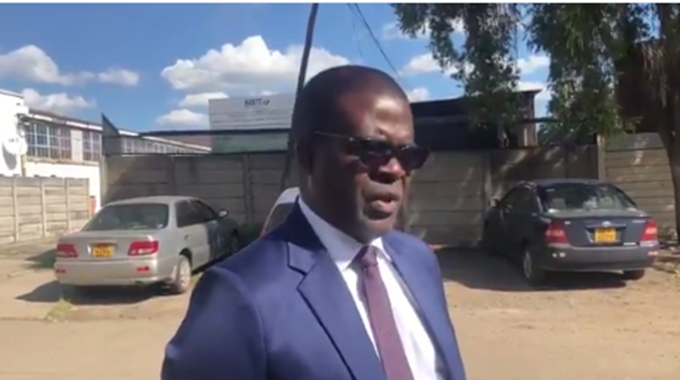 Cases of stolen and vandalised electricity equipment will persist as long as the market for the stolen goods is not the target of ongoing measures to combat the problem.

Two months ago, the Government announced measures to jail anyone caught vandalising or tampering with electricity infrastructure for 30 years without the option of a fine.

He indicated that the Government was working on a law that would see people who vandalise or tamper with electricity infrastructure such as transformers being jailed for a mandatory 30 years with no option of a fine.

This week, the Zimbabwe Electricity Transmission and Distribution Company (ZETDC) appealed to whistle-blowers for information, in confidence, on theft and vandalism of electricity equipment.

Admitting that it was suffering from an “unprecedented, and very high rate” of theft and vandalism of transformers, cables and related supporting electrical equipment, ZETDC has put up a reward.

The high-level of theft and vandalism impacts negatively on the power utility’s ability to provide uninterrupted power and replace the stolen materials since most of them are imported and require scarce foreign currency.

What this means is that repairs and replacements were taking longer to replace than should normally be the case.

ZETDC can have the thieves and vandals arrested, but in no time others will step forward and replace those arrested.

What is required is to arrest businesses or individuals fuelling the thefts and vandalism when they reward and buy from the thieves.

If there are no buyers, there will be no incentive for thieves to steal something they are unable to sell.

An extent of the audacity of the market fuelling the theft and vandalism is evident on the railway between Gweru and Harare, where overhead cables have been completely stripped, rendering the electric locomotives redundant.

Clearly, the theft and vandalism of electricity equipment are acts of sabotage.

All processes of a functioning economy require constant supply of electricity.

There are sectors of the economy that require electricity because their operations need to run without interruptions.

Where such interruptions occur, they result in damages to goods and more seriously to equipment.

The loss or damage of both is costly. One can cite cases of hospitals that require electricity all the time for patients and for procedures, bakeries, pharmaceutical firms, breweries, water purification plants, airports and the tourism sector.

In agriculture, for example, interruptions to the supply of electricity affects wheat production and the foreign currency-earning horticultural sector.

The same negative impacts apply to the mining sector.

Expectations of the growth of the economy are predicated on constant availability of electricity supply.

It is impractical to even expect technological advances where there are challenges with constant supply of electricity.

Zimbabwe is not able to generate electricity that meets domestic demand.

So while upgrades to existing electricity generating plants and construction of new plants are underway, the country cannot afford losses due to theft and vandalism.

For Zimbabwe to realise the results of Vision 2030, which seeks to achieve an upper middle income status by 2030, it will be imperative for the country to have regular efficient and availability of electricity.

When there is sabotage to the equipment through theft or vandalism, the effects of such acts affects everyone, sometimes with fatal consequences.

Therefore, individuals, businesses or cartels thriving on threatening the well-being of the majority and the economy have no place in society. They are candidates for Chikurubi Maximum Security Prison.

There are people either at the family, business level or in communities, who are fully aware that certain individuals or enterprises thrive on fuelling theft or vandalism of electricity equipment.

The people who are alive to these acts of destruction have a duty to blow the whistle on and expose these practices and the perpetrators.

The courts need to see thieves and those vandalising electricity equipment as saboteurs, who should get their just desserts when brought before the courts.