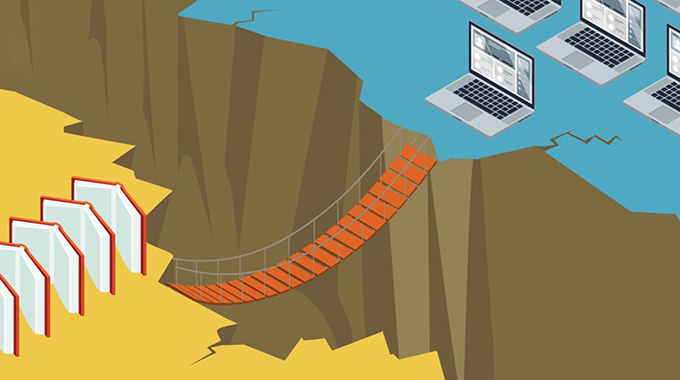 The reintroduction of radio and television in Zimbabwe’s educational sector is an important step in bridging a potentially unequal development.

On Wednesday, the Ministry of Primary and Secondary Education launched a schools radio programme as part of broad measures responding to exigencies of the educational sector brought about by Covid-19.

The drivers of this initiative are the need to reach all students while ensuring continuity of education.

The nationwide lockdown disrupted the learning schedule and online lessons have been one of the immediate response measures.

However, the reality, as evidenced by responses from the majority of students, their representatives and the teaching fraternity, is that while welcome, not all of the students have ready access to online lessons.

In cases where there is access, students have to contend with issues of Internet connectivity.

Where there is connectivity, the challenges are centred around coverage, reliability, affordability as well as availability of devices.

Research by UNESCO shows that more than 50 percent of students out of the classroom as a result of Covid-19 do not have access to a computer at home.

It was this realisation that, in the past two months, led UNESCO to engage national broadcasters in a bid to explore programmes and innovations, as well as access lessons learnt on the use of radio and television-based remote learning since most governments around the world had closed educational institutions as part of Covid-19 containment measures.

The nationwide schools closures, affected almost two-thirds of the world’s student population. In the case of Zimbabwe, the conversations exploring delivery of education began last month and involved the Zimbabwe Broadcasting Corporation (ZBC).

These have since been widened to include Zimbabwe Newspapers and AB Communications, because of their ownership of broadcasting stations.

Zimbabwe joins a growing number of African nations that are most active in efforts to extract greater benefits from delivery of education through the medium of radio and television. Zimbabwe is fortunate not to be attempting this for the first time.

Since the early 1960s, the country began implementing radio and television programmes for schools, while the Zimbabwe Open University has been running programmes, based on distance/remote learning since the turn of the Millennium.

In the case of the national broadcaster, ZBC, radio lessons were last beamed nearly two decades ago.

Essentially, therefore, this is familiar territory.

What is needed is to take cognisance of developments that have taken place and lessons gained during the intervening period.

The majority of Zimbabwean households — even in the rural areas — have radio and television sets, ensuring that even children in some of the remotest areas can access education through these media in this era of the coronavirus pandemic.

Recourse to radio and television lessons is important as it will address the issues of disparities in resources that presently characterises the divide between students mostly in urban areas, against their counterparts in rest of the country.

The Ministry of Primary and Secondary Education says the first phase of the radio and television schools lessons will address the needs of pupils in primary schools, while programmes for secondary schools are being developed.

The beauty of radio and television lessons is that every child/student — wherever they are in Zimbabwe — will be exposed to the same lessons, thus levelling the divide that characterises the current position in the educational sector.

Zimbabwe’s past experience with radio and television lessons shows that they were an effective tool in capturing the imagination of students.

In non-mathematical lessons, radio and television were able to transport students into a different world, firing up their creative ability.

But the value of educational broadcasts through radio and television transcends the immediate requirements of students. They have become vehicles for promoting inclusivity through local languages.

It is this awareness that informs the decisions of the Ministry of Primary and Secondary Education to argue that while the initial introduction of this form of delivering education is targeting students, radio and television are going to play a critical role in giving greater acknowledgement and visibility to indigenous languages — Barwe, Chewa, Chikunda, Doma, Hwesa, Kalanga, Khoisan, Nambya, Ndebele, Shangani, Shona, Tonga, Venda, Tswana and Xhosa.

There are going to be other benefits in the process of rolling out the schools radio and television programmes.

For example, there are a host of oportunities for content creators for the various educational programmes for different levels of students, who will require instruction in the different official languages.

Therefore collaboration between broadcasters, educational authorities, educators and content producers will be a key factor in the success of this initiative.

Radio and television are among the most effective and rapid solutions that have demonstrated viable alternatives where online lessons have limitations.