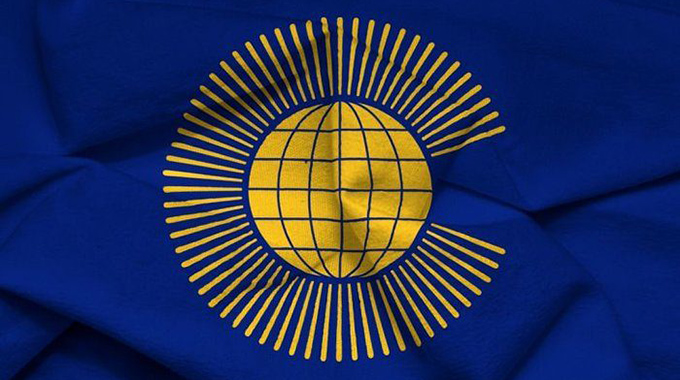 Zimbabwe’s application to rejoin the Commonwealth is moving along, slowly as can be expected with a group that has a tiny secretariat and where every decision is taken by consensus, one step at a time, but we can hope that the present second step, the long consultation process, can see the process considerably advanced for the summit scheduled for Kigali in June where final decisions can be taken.

The Commonwealth, in many ways, is an odd organisation. Its membership is built on the old British Empire although all members are now equal sovereign states, the equality of the independent members being stressed and the number of independent members growing rapidly after the Second World War as Britain became serious about decolonisation.

Some have doubted the usefulness of the organisation. One famous doubter, then long serving Malaysian Prime Minister Mahathir Mohamed, made his doubts public at one stage and set up a team to examine the benefits and costs to Malaysia.

The result surprised him, enough to offer to host the next summit in Kuala Lumpur.

In recent times both Mozambique and Rwanda applied for membership, although neither had ever been in the old empire, along with Cameroon which had incorporated just a corner province that had been under British trusteeship.

Namibia, a former German and then a South African colony, shot in on independence, even before South Africa became a democratic country and was allowed back in.

It is certainly not an alliance. One member then, Ireland, stayed neutral in the Second World War and South Africa nearly stayed neutral until the Government split and the minority wing joined with the opposition to form a narrow Parliamentary majority to fight the Nazis.

In more recent decades two members have gone to war with each other.

But it can take action. The “Rhodesian crisis” had a major Commonwealth input, right from UDI when it was made clear to Ian Smith that he could forget about recognition until Zimbabwe was moving rapidly to a real democracy right up to the famous Lusaka summit in 1979 where those edging towards acceptance of a fake majority rule system were persuaded to back off and the outline of the Lancaster House conference that led to true democracy was hammered out.

The Commonwealth was also critical in ensuring that the resulting election was free and fair, as indeed it did in Nigeria when that giant moved from military rule for the last time to a democratic civilian government.

South Africa stormed out in the early 1960s when everyone made it clear that apartheid was not acceptable, and the Commonwealth was able to take action with sports bans, important when most rugby and cricket countries were Commonwealth members, and more importantly with joint financial measures, to bring pressure on the apartheid regime.

Zimbabwe’s application to rejoin is predicated on the Second Republic’s major foreign policy of re-engagement with everyone, those who like us and those who do not like us very much.

A great deal of the diplomatic isolation Zimbabwe faced under the later years of the old dispensation was unfair, and the sanctions applied by some were illegal.

But to move forward we have to start from where we were when President Mnangagwa won in 2018 what everyone agrees was Zimbabwe’s fairest and freest election rather than sit back and wait.

This is why so much effort in the Ministry of Foreign Affairs and International Trade has been on taking the initiative to open contacts and talk.

Taking our seat at the Commonwealth table again would be a big step forward in that process. That, after all, was the main reason why this year’s summit host, President Paul Kagame, was so keen on Rwanda joining as he put the country back together after the appalling massacres, and probably why he now wants to show off the progress made over two decades, and rightly so.

But, and this is one of the hidden factors in Commonwealth dealings and especially in summits, there are no translators; everything is in real time and face-to-face, without witnesses.

It is easily the largest international grouping with every document and conversation in a single language.

And it is not just that common language, even if in many cases it is a second language, for whenever Commonwealth groups from junior officials all the way up to Heads of Government meet, they pick up the nuances since everyone went through similar education systems and enjoy similar legal systems, even when these have diverged or arise from different sources.

In retrospect it was probably a bad idea for Zimbabwe to have walked out almost 20 years ago as a reaction to what was seen as gross unfairness and schoolroom lectures. Other members who had hit similar problems and been suspended simply shrugged their shoulders, carried on and waited, and took their seats again when cooler heads prevailed. Sometimes when you want contact your offer is refused, so just shrug and try again later.

So while the Commonwealth is not nearly important enough for membership to be a matter of life and death, and in any case we are on very good terms with most Commonwealth members, both bilaterally and in many other forums from SADC all the way to the United Nations, it would still help accelerate our already impressive engagement policy.

It would be yet another sign that we were just a normal country trying to do our best to bring prosperity to all our people, sort out our problems and be willing to talk to anyone and everyone if that will help our progress.