EDITORIAL COMMENT : Covid-19 brings the best of our ability 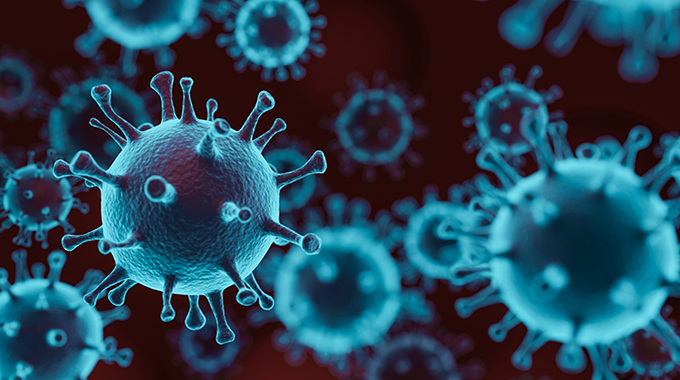 Covid-19 has not been all bad news, and there have been a number of benefits that we need to put on the credit side of the balance, from the growth in national unity, to improved public health and the acceleration of the programmes to renovate and upgrade our medical facilities.

Right at the very beginning, there was a determined national effort to get Zimbabwe ready, with processions of Zimbabweans going to State House with donations and pledges of equipment, food for patients, sanitisers, masks, offers of free boreholes and just about everything else that was needed urgently.

President Mnangagwa, standing at the head of the receiving line, was struck by the united effort as the country geared up to combat the pandemic. There was also a high level of maturity from all; since a little over half the voting population had voted for President Mnangagwa in 2018, the procession at State House was a sufficiently large statistical sample to make it a good bet that a little under half had voted for someone else. That was not considered important by anyone there. The objective was to stop people dying, not score political points.

At the same time several major companies brought resources to bear to upgrade their local health facility, starting with Chinese companies operating in Harare who moved into the what was almost a wreck at Harare City Council’s Wilkins Infections Diseases Hospital and started long-delayed renovation through to the major mining companies that wanted their local district centre ready for patients.

At the same time technical colleges and universities moved into production of personal protective equipment and sanitisers, and many Zimbabwean companies had a good think of where they could save Zimbabwe a lot of money by moving production into the country.

Government was surprised at the inventiveness and innovation of both the public and private sectors.

It is perhaps difficult to remember the days when we were importing sanitisers and masks even, let alone more higher tech stuff, yet are talking about days just over a year ago.

Simultaneously, the Government moved into the longer haul, juggling the budget to make more money appear in the allocations for the Ministry of Health and Child Welfare.

This was money needed to move up the priority ladder needed renovations and upgrades of hospitals, buy the necessary equipment to increase the size of the intensive and critical care units, hire more doctors and nurses and pay the ones in place more money.

Last week, Minister of Finance and Economic Development Mthuli Ncube announced that the accounts for last year show that Zimbabwe reached a little early the African Abuja objective of allocating 15 percent of the Budget to the health sector.

The target was there and was in the development plans, but was reached last year instead of a couple of years down the line.

It was not a secret that when the Second Republic took over, the public health sector was severely underfunded and a lot of work was needed to get what we had working properly as well as starting the process of expansion.

A good chunk of the labour troubles in the health sector were built on the very depressing shortages facing health workers.

There were immediate improvements under the Second Republic, but the work was accelerated last year, to the extent that medical superintendents of hospitals are now talking about what more they can do, and are doing, Provincial hospitals are already taking some of the workload at the upper-end of surgical and medical procedures off the back of the overworked main referral hospitals.

All this extra equipment and hospital renovation is not just for Covid-19. It will still be there when the pandemic is defeated allowing more people to have far better care in public hospitals and ensuring that our doctors and nurses have the things they need to save our lives and make us better.

Most rural district councils have been using a good chunk of their devolution funds, another Second Republic innovation, to build more clinics, so that more Zimbabweans are reasonably close to some sort of health centre.

Some urban councils now need to think about their new suburbs, few of which have the new clinics to match the new housing.

This sort of “can do” approach impresses others as well. The European Union last week, in a meeting with Vice President Constantino Chiwenga, started the formal process of upgrading development assistance for our health sector.

Aid comes in two forms, emergency things like when you are hit by a cyclone, and the longer term development assistance.

Before moving into longer term assistance, development partners need to know several things, like will the money be spent properly, is the country being helped doing its share, can maintenance budgets be maintained.

With three yeses to those queries, and we need to reflect that Prof Ncube was involved in the talks to give the assurances, then assistance becomes worthwhile.

And Zimbabwe’s Health Ministry had its list. We need to build and equip 24 new district hospitals for a start. The plans are there and we can provide budget, but the process will be faster with help.

We want a national health insurance scheme, so that no one using a public hospital has to run around borrowing money to have essential medical treatment. Much of the EU’s public health systems are funded through such schemes, so we learn a lot about what works and what does not.

A final gain from Covid-19 is better public health generally. Last year, the Government wanted to check if we had hidden Covid deaths, so the statisticians were put to work looking at all the burial orders, remembering that you cannot be buried in Zimbabwe until such an order has been issued.

Surprisingly the death rates had fallen, 20 to 25 percent. A bit of this was fewer road accidents thanks to lockdowns and curfews, but most was because we were infecting ourselves less with other diseases by keeping ourselves clean, masking and keeping our distance.

And most people were seeking prompt medical attention if they did feel ill, rather than hanging back and hoping for the best. And the better equipped hospitals were no doubt a help. The upshot was a healthier population, despite Covid-19 being thrown into the scales.

As during this year we beat back Covid-19 we need to keep all these gains of unity, united actions, better public health, better hospitals, more hospitals and clinics.

All this is down in the national development strategy, with health pushed up the ladder a bit thanks to the emergency, but we haven’t, except for Covid-19 vaccines, bought much we will not need for every other illness and injury.