Editorial Comment: Delivering kids on streets out of poverty 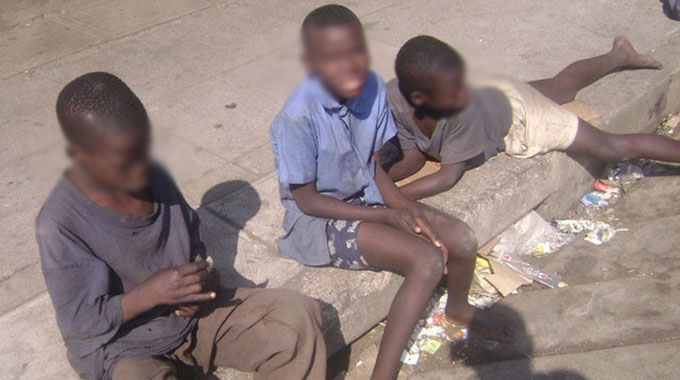 In confronting the issue of street children now and doing so in a humane and holistic manner, the country will save itself from having to deal with a much bigger problem in future.

It is helpful that as winter sets in, street children around the Central Business District of the capital, will have proper shelter. The same should apply wherever these children are in other centres around the country.

But concern must be on how these children are still on the streets months after some of them were relocated to Jamaica Inn, Mount Hampden Training Centre and Ruwa Rehabilitation Centre.

Last week, the Angel of Hope Foundation and the Department of Social Welfare removed homeless children from the streets pending their relocation to Chambuta Children’s Home in Chiredzi.

The children, between the ages of nine and 16 years, were initially sheltered at St Joseph’s House for boys while awaiting transfer to Chambuta over the weekend.

In removing them from the hardships of the streets, the aim is to afford them an opportunity to embark on a new path in their lives. Life on the streets for young vulnerable children is harsh and cruel. They live from hand-to-mouth and sleep rough.

They are there because they know no other alternatives. Essentially their childhood is lost as they must quickly transition and learn to negotiate existence on the streets. And when things get bad, they in turn resort to any means in order to secure their next meal.

Hunger knows no limits and that often leads to crime

The bigger worry must be, if left on the streets what will become of the children? They do not remain children and concern must revolve around how they will continue to sustain themselves, bereft of skills to survive and lead a decent life.

While resources are not always readily available during current conditions, everyone deserves a better start.

The relocation to Chambuta is precisely intended to ensure they have better childhoods.

Even if there are challenges at Chambuta, they can’t compare to life on the streets. At the children’s home in Chiredzi, they will have somewhere proper to sleep. They will have food instead of scrounging around refuse bins.

Most will begin to see that society cares about their well-being, instead of one that looks down upon them. That is a critical part of recovering their lives.

Along with education, there will be exposed to skills training, thus equipping them for life after they become adults and have the ability to survive on their own as productive members of society.

There will be a role for the Ministry of Women’s Affairs, Community, Small and Medium Enterprises in helping the children to explore options.

Organisations, among them Seed Co, have been helpful in providing inputs to various institutions supporting worthy causes. Chambuta could benefit, in the process the children will grow up learning how to manage nutritional and market gardens.

The involvement of the Department of Social Welfare is important because it has experts, whose roles are critical in helping the children to mend their broken lives.

The Angel of Hope Foundation, given its expertise in raising resources necessary for various causes, will be essential in sustaining the level of assistance required to ensure Chambuta Children’s Home will be well-provided for.

Given the more secure environment they will have compared to the streets, some of the children will go on to do well in life.

That is what society must aim for — ensuring that each of the children from backgrounds 0n the streets is given a better chance to create an acceptable future for themselves.

The ideal, of course, is never to have children on the streets in the first place. Society needs to have safety nets for abandoned or abusive environments which give rise to the children fleeing their families.

Efforts by organisations such as the Angel of Hope Foundation deserve help because of the invaluable support they are rendering and creating better conditions for those who would have given up on society ever coming to their assistance.

The road to Chambuta could be the most important ticket capable of delivering them out of the poverty that could be their fate if left on the streets.

And the current lockdown provides an opportunity to deal holistically, with the issue of both street children and homeless people in the country’s urban areas.