Editorial Comment: Discipline will help us reclaim our lives 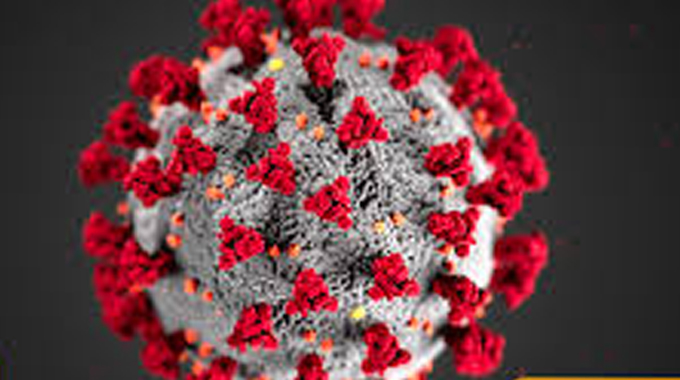 Tomorrow all learners will be back in school, itself the culmination of successful rigorous measures taken in the past two months to contain runaway Covid-19 infections and deaths.

By any measure, reopening schools, among many other measures recently announced by the Government, represents significant headway in reopening the economy and reclaiming our lives.

The battle against the second wave of the pandemic has been won, but the war still continues.

As President Mnangagwa has been continuously saying, the war can only be emphatically won by the continued observance of prescribed health protocols and guidelines, including rollout of life-saving vaccines.

Late last year and early this year, we learnt the grim and excruciatingly painful lesson of throwing caution to the wind by letting our guard down at the most inopportune time.

Let us not fool ourselves, the virus is still out there and possible mutant strains have the potential to haunt us into another unwanted lockdown.

And the relaxation of the lockdown does not mean we have vanquished the dreaded virus, but rather, it means we have been sufficiently able to contain the virus enough to resume a modicum of our normal lives.

Thankfully, the cavalry is on the way.

Last week, Zimbabwe took delivery of another 200 000 donated doses of the Sinopharm vaccine — evidence of enduring fraternal relations between Harare and Beijing — and an additional batch of 200 000 Sinovac vaccines purchased by Treasury.

A sizeable consignment of one million doses is expected to land either this week or next week.

Essentially, as a country, the continuous delivery of vaccines will enable us to avoid breaking our stride in the ongoing vaccination drive.

The recruitment of additional vaccinators from the uniformed forces, local authorities and health worker retirees will add impetus to the national immunisation programme.

It is a huge accomplishment, what with the scramble of vaccines and current limited capacity by manufacturers.

Again, this is why the President noted on Monday that “we are making steady progress in the fight against the pandemic and in the ongoing national Covid-19 vaccine rollout strategy”.

A successful immunisation campaign is our sure way out of the woods and the only way to resume our determined march to recover our economy, industrialise, modernise and lift our people out of poverty.

There is every reason to be hopeful.

Emerging data from the United Kingdom (UK) and other countries across the world on the efficacy of coronavirus vaccines is encouraging.

In the UK in particular, there has been a demonstrable decline in deaths among the country’s oldest and most vulnerable people, which were the first to be vaccinated as high-risk groups.

By mid-February, the Guardian (UK) reported that deaths from Covid-19 had dropped by 62 percent among over-80s since January 24 this year — “the point at which a third of that age group had some level of immunity against coronavirus”.

The drop was reportedly larger than among groups that had a lower level of vaccination.

Professor David Spiegelhalter — the chair of the Winton Centre for Risk and Evidence Communication at the University of Cambridge — was quoted saying: “Deaths in over-70s are now falling faster than in younger age groups, which is very encouraging and is likely to be influenced by vaccination — there has been a steep decline in outbreaks in care homes.”

There is reassuring data showing that vaccines are indeed significantly reducing hospitalisations, severe and mild disease, and slowing transmissions.

But, as a country, until such a time we are able to vaccinate about 60 percent of our population to achieve herd immunity, which would mean the virus would not be able to circulate freely in the population, we need to continue wearing masks, routinely and religiously sanitising our hands, and avoid social gatherings.

Discipline is paramount and will help us reclaim our lives.

Everyone, not only law enforcement agents and health officials, has a role to play. We will only have ourselves to blame if we allow infections to creep up again and reverse the progress that has been made thus far.

We really cannot afford another lockdown, but if need be and circumstances demand, it remains an option.

A stubborn fact of life is that we can recover an economy, but we cannot resurrect the dead.