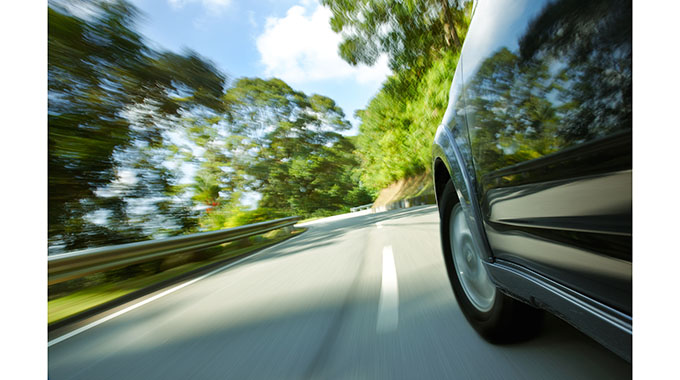 While Christmas is supposed to be a time of family togetherness and quiet contentment, for some families it is a time of going to a hospital morgue to identify the smashed remains of a parent, sibling or child and then arranging a funeral.

And this is because some people see Christmas as a time to drive badly, to drink and drive and to speed. And so they kill and so they die.

Death might seem a harsh punishment for having a few beers and then driving home, but that can be the sentence, if you kill yourself.

Otherwise, if you kill someone else, it might just be a stay in jail.

People talk about the heavy traffic over the Christmas holidays.

But it is not that heavy compared to a busy weekday in a city centre when all businesses are open and you get those serious traffic jams early in the morning and late in the afternoon.

But when traffic is that heavy, on a normal day, the drivers have not been drinking and are not speeding. So tempers get short, but the worst accident is a read-end shunt, annoying but not fatal.

We have stiff laws to stop anyone driving after one, perhaps two, beers.

We have stiff laws that can fine you heavily if you do just 5km/h over the speed limit. You can be jailed for overtaking in the face of oncoming traffic or on a blind corner.

But enforcement is non-existent or negligible.

The police complain, with some justification, that they are not adequately equipped. But there is a great deal more they could do right now and a modest amount of new equipment could make a huge difference.

We all remember when traffic police were funding their private lifestyles by manning roadblocks and fining people for not having their rear number plate lit up at noon on a cloudless October day. And there was a lot of similar silliness and greed. But there is nothing wrong with police standing near traffic lights and arresting those going through on a red light.

There is nothing wrong with a roadblock being equipped with one of those hand-held modern speed measurement devices and arresting those speeding. And such traps need not be limited to major highways. You get the killers on ordinary suburban roads as well.

These roadblocks can be moved around a bit so that you do not get those “in the know” slowing down before a particular corner, but speeding the rest of the time. What we are looking for is random checking so as to get universal compliance.

There has never been much of a blitz on probably the biggest killer of all, driving after drinking, largely because the only acceptable test was a blood test, and these were only ordered when the driver had caused a serious accident.

And not even that has been done for some decades.

But simple technology, the breathalyser, has been around for a long time.

It should be easy for a competent Zimbabwean manufacturer to make these, if necessary under licence although it is quite likely that patents expired long ago.

The police could start out gently, randomly testing drivers going through a road block with advance notice that such tests had started. As time went on, the testing could be more active, a bunch of police officers hiding outside a bar and stopping each car as it left, or even moving down the queue at a tollgate with a bag of breathalysers testing all drivers.

We have on our books good laws as to what happens next. If you are over the limit you will normally lose your licence for a year, plus be fined.

Magistrates, when faced by an accused who had to use a vehicle for work, would relax the conditions very slightly and let them ride a mall motorbike. And anyone driving without a licence was hammered hard, and if the reason they had no licence was that they had lost it for a motoring offence they went to jail.

Scientific studies have found that even one beer can have a significant effect on driving skills and reaction times.

This is why airline pilots, for example, have to have a zero alcohol level when flying and why, in some countries, bus drivers are put on the same standard.

They basically have to be dry for at least24 hours before reporting for duty.

As you add drinks, it gets rapidly worse. The Zimbabwean limit is set so that almost everyone could have one drink and drive, but very few could chance two and anything higher would be illegal.

It must be remembered that being caught over the limit by a police patrol is not just paying a fine and moving on.

For a start, you are over the limit and so cannot drive, so a police officer has to drive your vehicle to the station. And there they possible need to keep you until they are sure you are sober enough to understand your court dates.

The police bid for a lot of equipment next year, and Treasury was not really forthcoming. But we think some basic equipment, such as breathalysers and speed traps, should be bought to start the process of taming the roads.

At the same time a decent database needs to be built up, and police need to be able to access this online using an app on their mobile phones.

This would list all vehicles, their registration numbers, and all drivers licences and recent driving offences. Such a database and app could almost certainly be designed at one of our technical universities. Mobile phone companies would be asked to allow police phones to access the database for free.

Appeals to the better nature of some drivers seems to have zero effect. But once they understand they risk losing their licence, their freedom or have to pay substantial fines if they drive dangerously, we can expect to see changes in behaviour.

There might just be a one in ten chance that a particular driver will be caught, but that might be enough to make them obey the law.

Newer Post
Whilst the politicians scramble for power, who cares about suffering Zimbabweans?
Older Post
The MDC T Should Not Mirror The Violent Tendencies Of The Govt – Zimbabwe Peace Projects