Editorial Comment: Farm financing must be a business operation 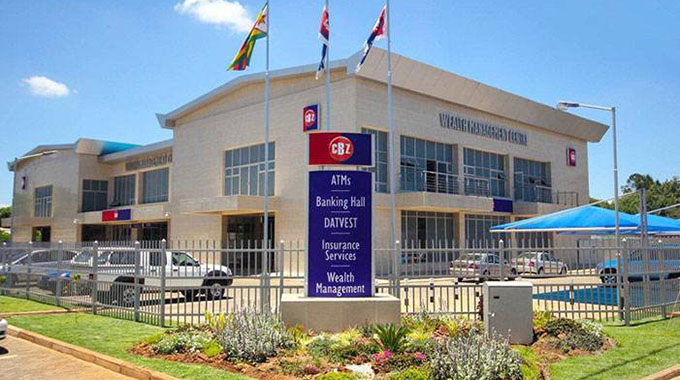 The fiscal discipline of the Second Republic is now being exhibited in the critical and major area of agricultural financing, the determination of ensuring that only those who can use the finance actually get the money in the first place and the determination that they pay back.

Besides the schemes in place to ensure inputs on Government-sponsored schemes are used properly by the farmers who are allocated these inputs, we have, as evidence given to a Parliamentary committee recently shows, a determination that even when things do not go well the farmers still have to repay the debts.

For Command Agriculture, the scheme for serious commercial farmers with the larger farms, basically the A2 farmers, Government roped in CBZ, a major commercial bank. There was a Government guarantee, but CBZ had to put in some of its own money.

Using a commercial bank meant, for a start, that bankers’ rules applied. That is some bank manager had to look at each application and make a considered decision. This removed many of the chancers from the list, plus those who had zero record of using previous loans, basically selling off the inputs for instant cash, or who had not delivered their produce to the Grain Marketing Board or other designated agencies.

Then, last season, we had a second successive year of drought. That was bad news for farmers and many had significantly reduced yields and quite simply did not have enough grain to sell to repay their loans.

But CBZ has acted fairly and responsibly. Responsibly in refusing to write off the debts and call on the Government to find the cash in terms of its guarantee, and fairly in giving farmers time to pay. The farmers now get three years, starting with this season, to repay the loans for last season, or at least that portion of the loan they still owe. So the debt is not forgiven, but farmers are not being bankrupted and can still stay in business.

There might still be the odd farmer who cannot meet the payments, but any farmers who cannot make a decent profit this season needs to seriously consider their future. They should not be farming if they cannot get excellent yields in a near perfect rainy season and this is probably a good time to sell out and try something else where they can be successful.

This upgrade of Command Agriculture is important. Obviously the Government needs to budget each year for agriculture-related items, but this should not include bad loans. Treasury should be looking at finding money each year to build up the infrastructure, build more dams for example, rather than providing a guaranteed income for deadbeats.

This is especially important because both the banks and Government borrow short-term funds, as we saw from the report of last week’s meeting of the new Monetary Policy Committee that approved the required financing for the winter wheat crop and CBZ’s evidence that its agriculture unit raises an overdraft with the mother bank for its share of the Command Agriculture scheme.

This should not be a problem since the money comes back when the farmers deliver their crops, and have the loans taken off the top with those stop-order facilities, and all the money the Government and banks have borrowed is then repaid.

In other words, no one is printing money to finance farmers, but rather going through commercial deals with the main security being the crops, and that puts even more pressure on input providers to ensure that they lend to farmers who can grow these crops.

Tobacco operates exactly the same, although there is no Government money or guarantees involved. We now know, from a recent directive of the Reserve Bank designed to make sure the system is both simple and transparent, that many of the merchants have to arrange off-shore financing for at least part of the money they need to buy the leaf delivered by the farmers they have contracted, or to buy the small percentage of the crop still sold on auction.

The RBZ rules simply make sure that all the money, both the cash the merchants have in their own nostro accounts and the money they borrow, are kept separate and are out there where any bank inspector can see the funds.

Unless someone was planning on making money from muddle, and steps are taken to licence only those merchants who are honest, this is just an accounting procedure, not an imposition.

Merchants repay their off-shore funders from their own value added profits. Even the requirement to give good details of the farmers they have contracted and the cost of inputs and the like wanted by the Reserve Bank should not be a problem, nothing more than a print out or even a soft copy of part of the stuff every merchant must be keeping, for commercial purposes, in their own finance systems.

Even the small-scale growers, those in the Presidential Inputs Scheme, commonly called after the upgrade Pfumvudza-Intwasa, were checked out first.

They had to undergo training in conservation agriculture, and be signed off by Agritex, and this was after their local Agritex officer had already certified they physically existed and had a farm. There are a couple of handfuls of people on remand after being caught cheating, another example of enforcement, but basically the system worked well.

The system also carefully split the inputs between three plots with at least half of what is grown designated for sale to the GMB. This means that these farmers will have the cash to repay their small loans. Government, rightly, picks up the bill for all those Agritex services, but the farmers in the communal lands and the A1 farms are being pulled into the real commercial world and are being turned into businesses, small businesses, but real businesses.

And, as they now realise, this system will make them money. They have been keeping proper records, and someone checks to prevent the lazy putting that off, and can now start calculating what they need to keep to feed the farming family and what they can sell to make money, along with the standard commercial farmer’s scowl over the debt that will be deducted.

This is something new, and there are bound to be some teething problems, and some deadbeats, but the transformation of hundreds of thousands of subsistence farmers into real business-orientated farmers has got off to a flying start.

And those newly empowered farmers will no doubt be figuring out how they can expand production, try new crops and generally turn their little businesses into better and bigger businesses.

Farm financing should be an automatic business operation. Farmers borrow inputs, grow the crops, sell the crops, pay back the loans and keep the rest in their bank accounts to start buying all the things their farms and families need.

And the rest of the economy wins as those profits start circulating through the economy and other make money by making and selling the things farmers buy.

Government, Reserve Bank, commercial banks and contractors need to keep the disciplined and business-like approach, but the farmers are responding and as they become richer will drive the country forward, basically by becoming creators of wealth rather than a drain for others. The bits are all in place and we now just need to make them better.