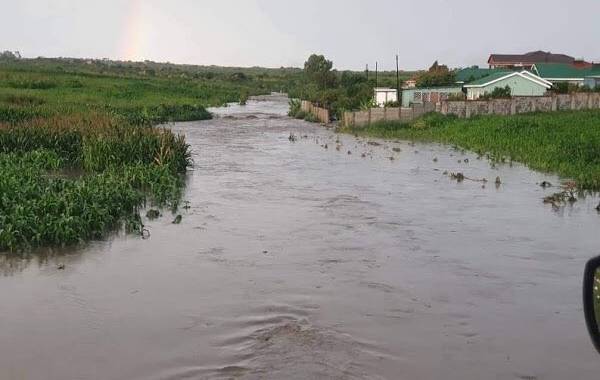 The huge swathes of unplanned residential settlement, concentrated across southern Harare and Chitungwiza but found in almost every urban area, is going to take a lot of effort to untangle and set right, with the present good rains stressing how urgent some of this work now is.

It will cost a lot of money. But here we have the bank accounts and assets of those who profited from breaking almost every town planning law, a group conveniently known as “land barons” but including large blocks of officials in Local Government and central Government who either actively connived with the land barons or took illegal orders.

The Government, under instructions from President Mnangagwa, who clearly wants the required action moved from the routine to the top of the priority lists, last week formed the critical task force under direct control of Vice President Constantino Chiwenga with the duty of identifying the extent of the mess, working out and implementing the required physical solutions, hunting down all responsible, and stripping them of their wealth to pay for the required remedial action.

Just finding out the extent of the problem is a major undertaking. A lot of the plots and stands were sold and built on without any town planning layouts; another big batch was done by corrupt or incompetent officials on land totally unsuitable for building; and a small minority were properly planned but the new suburbs developed before the basic services, at the very least sewers and water pipes, were laid.

So one major task is to map all settlements, identify the land that can legitimately be used, identify the wetlands, called vleis and swamps in common usage, identify the land set aside for schools, recreation and all the other needed social uses, and then look at nearby State land still not devastated and see what is suitable for building and where people can be moved.

The second string is to hunt down all responsible. A large block of politicians, officials and now the first batch of land barons are already on remand. This starts with two former Local Government ministers, one of whom managed to find a new address outside Zimbabwe, several former mayors, a bunch of suspended councillors who signed off the schemes, and a group of senior officials who actively connived.

But there are still many living quietly with their ill-gotten wealth, including a large number of those who controlled housing co-operatives that did nothing except sell land to enrich office holders, and who are often able to hide behind legal-looking documents issued by corrupt officials and councils. One of the biggest in Chitungwiza, who has been operating since 1999, was finally arrested last week. He is notorious for having files full of official papers.

Justice Tendai Uchena led a commission that dug quite deeply into the morass, both legal and now physical, identifying many who, at the very least, needed to be investigated. Some were, but it is taking forever to start the trials as lawyers manage to delay, divert and generally put off the day of trial. A great deal more effort is now needed. Zimbabweans have the right to a fair trial, but they do not have the right to avoid the trial in the first place.

Far more work needs to be done on the civil side. Criminal convictions need proof of criminal intent and beyond reasonable doubt, and in any case do not always produce cash for compensation. Civil actions are decided on the balance of probabilities, a lower standard, and even if a land baron is covered with sheets of paper to avoid a stay in jail, that baron cannot avoid successful civil suits for gross negligence in selling unsuitable and undeveloped land.

A dedicated team from the civil division of the Attorney General’s Office appears to be needed to back a team of skilled criminal investigators. But the stress is on dedicated teams, not officers who can be diverted to other duties.

In many ways, the physical side is easier although requires a lot of work. At least no one can hide a swamp or a school site or pretend that there is a sewer when there is nothing. Both the central Government, and even the councils, have competent professionals who have been horrified at the dishonesty and fiddling, and are eager to do their jobs properly, plus admittedly others scared about inaction and wanting to reform. The active connivers can be replaced by professionals graduating every year from our universities.

Their detailed investigations into the actual housing on the ground will also provide a lot of evidence that can be used in criminal trials and civil suits.

One group, a very large group, must now be more actively involved, those who bought illegal stands and built illegal houses. Many knew they were breaking the law but were promised that “everything will be regularised”. Now they know it cannot, since you cannot regularise a swamp, they must give names and addresses and co-operate fully, so getting their share of the barons’ wealth and access to legal stands, with proper services, on land suitable for building, and the big prize of a title deed.

We have seen communities reluctant to move from land they know was illegally allocated, because they believe corrupt officials will simply reallocate it to their friends and relatives. It needs to be made clear that corrupt officials cannot allocate land from a jail cell. Even with compensation from the criminal masterminds and their underlings, people may need to pay more. Virgin land is cheap, and for most State land is free. What costs money and creates an asset is the development, and for urban land this is the network of roads, sewers and water pipes plus the Zesa connections.

The land barons made their money by selling undeveloped free State land, with their only real expense being the bribes. That money, extracted from the corrupt, will make a major dent in the development costs, but will probably have to be topped up. Public housing can be viable with no profits but no losses.

And while this high-priority fixing of the mess is in progress, steps must be taken to stop further illegal building. Enough has already been done to make further illegal sales of land very difficult. But there is still a lot out there and while those who have already built can be helped to move, we cannot allow more to join the list. It might be necessary to download satellite photographs to record just who is a victim and who is a willing accomplice.

But the important point is that the fixing of the problem has moved from routine Government work to a high-priority new start with the goal of getting everyone properly housed on legal planned stands. It will be a major programme, but the Second Republic has, in fact, fixed worse problems, like the economy, and so we are confident it can fix this one.