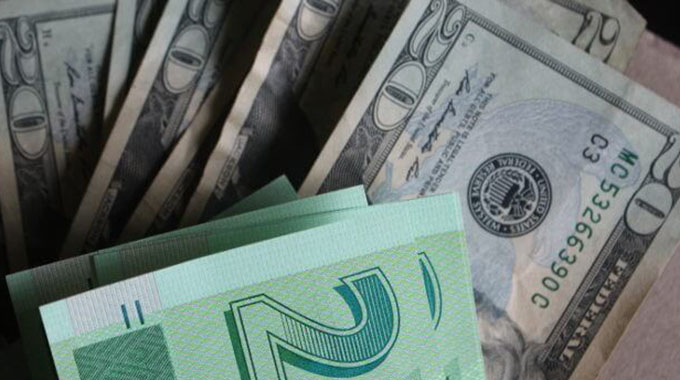 THE Reserve Bank of Zimbabwe (RBZ) weekly foreign currency auction system, which was introduced on June 23, is working well and has managed to keep inflation low.

It has managed to decimate the illegal foreign currency market, protect the value of the local currency and avail forex to wholesalers and manufacturers who feed the domestic market, keeping prices stable and affordable.

In a space of just over two months, the auction system has stabilised the economy and dealt decisively with the twin evils of speculative behaviour and arbitrage on the market, bringing order and discipline to the wider economy.

The past two auctions have seen the Zimbabwe dollar firm against the United States dollar, recording marginal gains which point to the efficiency of the auction system and growing confidence from the business community which has dumped the illegal market and reposed its trust in the formal market.

Expectations are that as RBZ fine-tunes and improves the system, more players, including small businesses, will join the auction, further dealing a body blow to the parallel market which has been wreaking havoc in the economy.

Critically, as big businesses formalise operations, it will set the tone for a gradual improvement in production – a prerequisite for economic growth anchored on exports.

This indicates that the Zimdollar is finding its range and the nation is heading towards a foreign exchange market equilibrium when the supply of a currency matches demand.

According to RBZ, the country requires US$100 million per month for industry and critical imports.

In the last forex auction, which was the 12th since the inaugural weekly auction, the central bank allocated just over US$19 million, which, if maintained or increased going forward, means the system is catering for about 80 percent of the country’s foreign currency requirements.

If this trend is maintained, the system will be able to satisfy the demands of industry in the not-so-distant future.

“It means we are quickly approaching the equilibrium exchange rate. We can only expect the parallel market rate to strengthen to this equilibrium rate, and the tight liquidity conditions currently obtaining in the market support this imperative.

“We do not expect the parallel market to be completely eliminated or rates to perfectly converge, but rather, the gap between the parallel and auction rates to narrow significantly, and it is comforting that this is happening,” he said.

“If this traction continues, by year-end we should expect convincing rate and price stability, which is necessary to lower inflation.

Stability is a precondition for investment, production and growth.

“Suffice to mention that expansion of the supply side is necessary to sustain stability and, therefore, confidence in the economy.”

We agree with him and welcome the growing confidence in the auction system by companies. We applaud monetary and fiscal authorities whose concerted efforts to curb money supply growth have contributed to the latest developments.

The authorities have largely maintained a tight leash on money supply with central bank statistics showing that as at June 30, 2020, total money supply was $150 billion, of which $50 billion was in Zim dollars, while the balance was in US     dollars.

These measures, buttressed by a successful agricultural season, should, in the long-term, see prices reverting to normal levels due to weakened demand and competition from fairly priced products by competitors.

Already, prices of some basic commodities are marginally decreasing on the market, arresting the volatility and speculative behaviour of the pre-auction days.

Our sister paper, The Herald, reported yesterday that fuel, sugar, cooking oil, rice and bread were among basic commodities whose prices had moved southwards in recent weeks, bringing relief to consumers.

The supply of goods has normalised, with most supermarkets now fully stocked, eliminating the black market for some commodities.

This is indeed sweet news to the generality of Zimbabweans who have endured hardships spawned by price increases linked to the instability of the local unit.

While it is too early to celebrate the firming of the Zim dollar and attendant price stability, we call on monetary authorities to continue supporting the auction system to strengthen it so that it obliterates the black market.

So far, it has proved to be the panacea to our problems on the foreign exchange market and the expectation is that it is fully funded to meet the demands of business.

As production improves in industry, more forex will flow into the auction with exporters acquitting their earnings on the platform.

The RBZ only needs to continue building trust with business by availing foreign currency as and when it is required using an open, fair and transparent auction system which is beyond reproach.

Stability on the foreign currency market allows businesses time to plan ahead and concentrate on their core business of running their enterprises in a profitable manner.

This means they can source their raw materials, pay for them on time and honour their obligations with creditors such as banks without having to resort to underhand means to source foreign currency.

Price stability on the market means consumers can budget and derive value from their disposable incomes.

Going forward, they may be able to save. We thus urge the nation to rally behind the foreign currency auction system as it has proven to be a master-stroke in stabilising prices and the exchange rate.