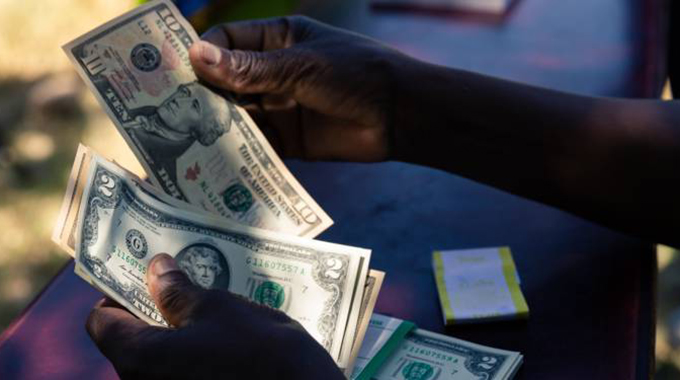 The auction system has solidified stability to the exchange rate with markets generally agreeing that the system is functional, effective and a true reflection of value, which is also why producers and major retailers are keeping their prices similarly stable.

This week, for the second week running, the weighted average moved around half a percent, just under that last week and just over this week, the sort of change generated when a handful of the more than 100 bidders change their bids by a few cents.

Just as importantly this stability in the actual rate, the weighted average, was matched by another slight narrowing of the bid band to 11 percent between top and bottom bids.

And for the third week running all bids, in both the major auction and the SME auction were accepted so long as the bidders had actually ticked off all the items required by the Reserve Bank of Zimbabwe and, in particular, had processed the documentation for previous exports and imports in time, had submitted adequate invoices and had committed their own foreign currency before asking for more at the auction.

Both RBZ Governor Dr John Mangudya and Minister of Finance and Economic Development Prof Mthuli Ncube have been carefully signalling that there are adequate resources of foreign currency to support the auctions, and that the weekly sums will be increased if demand grows.

At the same time Prof Ncube has been stressing he can, even in the double emergency of drought and Covid-19, continue to stay within budget and that in any case he will not create new money, or ask the Reserve Bank to create it.

Economists have already noted that the amount of loose change swirling around Zimbabwe dollar bank accounts and available to buy foreign currency is falling.

In one sense, the Covid-19 emergency is in financial and monetary terms, self correcting. If the economy declines, then businesses will have lower demand, and so need less foreign currency and be able to afford less from reduced revenue.

As we move out of the emergency, exports rise so there will be more currency to meet the greater demand. This is one of the many wonderful benefits you get when you switch from fiat allocation to a free market.

You automatically stay in balance once you have achieved that balance, as Zimbabwe has done.

Little commented on are the other measures Dr Mangudya has been taking as a result of the market balancing hid bank, with Government backing, has now achieved.

In his mid-term monetary policy statement he continued cleaning up the wilder shores of the black market, but did not limit himself to coercion; he also took the opportunity of continuing to provide better legal alternatives.

The main alternative for businesses is, of course, the auction. And showing that this functions properly and that our experience over nine weeks backs the mathematics using the fundamentals of the economy, was the most critical and most important.

Now he is looking at getting more of those diaspora dollar notes flowing daily into the economy into the formal systems. While everyone talks about the black market rate, parallel rate if you insist, being $110 for electronic transfer and $90 for cash, that is what the final buyer of blocks of US banknotes is paying.

The Zimbabwean wandering out of Western Union with a few notes sent by a relative gets a lot less, around 20 percent less, when sidling up to their friend on the pavement. The black market, with its multiple layers needed to concentrate these tiny remittances has big margins.

Bureaux de change can now compete. They are now allowed to buy at five percent above the auction rate, which allows them, interestingly, to offer a significantly better deal when buying for cash and come very close to matching the pavement when buying digitally, without any hassles, looking over shoulders or worries about bribes, a hand on their collar or dishonest dealers.

At the same time Dr Mangudya has made it clear that he wants the bureaux to be trading, not hoarding or speculating in foreign currency. They have to offer 80 percent of their Monday balances on the auctions, with the Governor basically telling them that they need to fulfil their other function of supplying the small sums that many need now and again at a respectable price.

And there are rules when they sell, since for a start someone in Dr Mangudya’s tower can find out how much they sold and to who, so controls are in place and anonymous money becomes marked.

The second important new policy was getting those retailers, doctors, hospitals and others who take, or even insist illegally, on foreign currency to sell off 20 percent of what they take in, at the auction rate of course which, now that it is stable, means the sellers do not lose.

This puts these retailers and medical types into the same category as the most favoured exporters, allowed to retain 80 percent of their foreign earnings in nostro accounts. A point to note is that the change comes after everyone in authority, including Zimra, reminded businesses that they have to bank their foreign currency takings and be very careful to split their taxes between foreign and local currency in proportion to the actual revenue.

This change has two effects. It is a small step back from dollarisation and makes it clear that the local currency is the main currency. Just as importantly the surrendered foreign currency, as with that from exporters, goes to the auction building up the weekly sums, even if the addition is modest.

But everyone is in the same boat now, except for the time being the fuel companies using pure free funds. The final changes have little effect. Dr Mangudya simply made permanent the temporary changes he had put in place, with Presidential backing, at the end of June to bring mobile money under control.

The new system worked fine for seven weeks; it will continue to work.

Neither the public nor legitimate business were touched during the try-out, and obviously the RBZ found the murkier back-alleys of the mobile system were being choked.