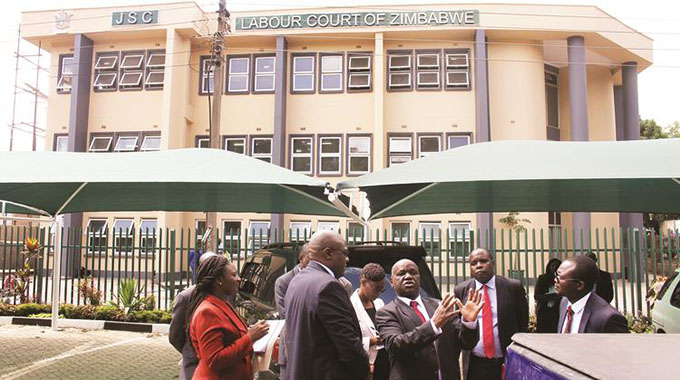 A small group of lawyers are exploring the outer edges of judicial tenure through the courts, as is their right as citizens, although as this is a constitutional issue nothing definitive can be decided until the matters reach the top of the judicial tree.

The simplified argument appears to be whether a retirement age is a term limit and no doubt we will find out at some stage, definitively and without further dispute, what the answer is. Until then we just have to be patient while the wheels of justice turn.

Unfortunately some of those commenting on the matter are bringing in politics and trying to suggest that the President can decide who should sit on the bench and in what position.

The Constitutional authority for appointments is the President, but within a narrow range of choices.

The President has to act within the Constitution, which while it might cast a wide net for suitably qualified candidates, in practice reserves for the Judicial Service Commission the task of producing the nominees, giving the President very limited discretion, and even then the President has to tell the Senate if he chooses the nominee who is not the first choice and recommendation of the commission.

Sometimes the President has what amounts to zero discretion. In the latest amendment to the Constitution, Parliament gave judges an absolute option. If before reaching their retirement age of 70, a judge declares that they wish to serve until they are 75, all they need to do is produce a medical certificate stating they are mentally and physically fit to continue in office.

In this case, the President has solely the role of an auditor, to check the certificate. If the judge is medically fit for the duties, and presumably the stress is on mental fitness since judges are not expected to perform athletics on the bench, but are expected to have a sharp mind with all faculties present, then the President has no option, but to extend the judge’s term.

On the physical side the test is presumably if they are fit enough to put in the required hours each day on the bench and in their chambers; no one wants a judge keeling over in the middle of a hearing.

It does not matter whether the President admires the judge, or even actively dislikes the judge. The decision by a mentally and adequately physically fit judge to continue serving until 75 is purely at the discretion of the judge.

If they wish to continue and if they are fit then the President has zero options; the extension has to be made, regardless of the President’s own preferences.

There is a slight difference to the judges of the Constitutional Court.

They are given a 15-year non-renewable term, although if they are still under retirement age, or the extended 75-age, at the end of that term they can move to the Supreme Court or the High Court.

In practice, since young judges are unlikely to be appointed or promoted to the Constitutional Court, this term limit is largely academic.

A lot has been made of the fact that in the last fortnight, the President has appointed five judges of the Constitutional Court and six judges of the Supreme Court. But in all 11 cases the appointments have been promotions, again after “consultation” with the JSC, that is on the recommendation of the JSC.

With the end of the interim provisions of the new Constitution last year, the Supreme Court and Constitutional Court benches had to be split. There is now an activated Constitutional bar on a judge sitting on two courts. So the appointments to the top court had to be made.

The Judicial Service Commission for this critical first bench sought nominees and then interviewed them and deliberated. This took a bit of time so a group of very senior Supreme Court judges, who had been among those who had been hearing constitutional cases when these were referred to the old Supreme Court, were acting.

Eventually the five names and recommendations came out of the JSC, and they happened to be the same five very senior and experienced judges who had been acting and the President made the appointments without any fuss.

That in turn left vacancies in the Supreme Court, and again the JSC made its recommendations and sent up the six names, all highly-experienced judges, and again they were appointed.

So the top two benches were filled, as they need to be. Now presumably there is a process in place to fill the vacancies in the High Court, since all six new Supreme Court judges were from the senior ranks of the High Court, to bring that bench back to full strength and, incidentally, to recommend a new head of the High Court as the new Judge President.

We need judges in the top two courts, which are both at the apex of the judicial system in their different spheres, to get it right, even when they sit in groups so an occasional dissenting vote can be coped with.

One obvious test for promotion is looking at a judge’s track record. Obviously they have to meet or exceed high legal and work standards, but just as importantly is their record of judgments overturned on appeal.

If almost all their judgments pass muster on appeal, at least as they gain experience, then it can be safely assumed they will get it right, and certainly that a bench of three or seven judges will between them get it right.

It is exceptionally difficult to get rid of a judge. The complex process starts in the JSC and then they recommend a tribunal, which the President appoints from a rather small group. It should be noted that the number of “duds” on the bench is very small, but they are in the more junior ranks of the High Court.

By the time you have sat on the bench for a decade or two everyone knows just how good you are as a judge, another argument for preferring promotion.

It is not automatic that a first class lawyer, even a very learned lawyer, will make a first class judge. Being able to delve into law and legal precedent and then argue a first-class case is different from deciding a case.

Some can make the transition, some are reluctant to do so, and there are some very good and experienced lawyers who prefer to try and get change by standing in front of a bench rather that cutting their enthusiasm by sitting on the bench.