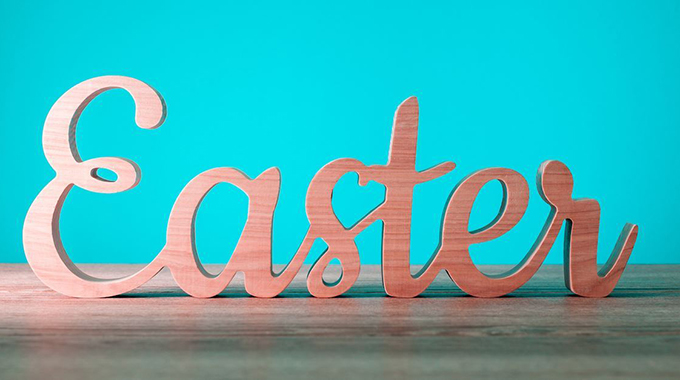 This weekend will be the Easter holiday and already people will be making plans and preparations, some, as always, responsibly, but others regrettably and as always, irresponsibly.

Easter starts off as the major religious event on the Christian calendar, which is why there is a four-day holiday to start with. But for many people it is a time to take a break, to visit family, to socialise a bit, even to party.

And this year, with the modified school terms, there is an opportunity to visit children at boarding school.

But for the second Easter running we will also have Covid-19. Last year few of us believed what this could involve. Now we know. The Christmas holidays helped spark off the second wave that killed almost 1 500 people, and we are back down to a modest level of lockdown. So the irresponsible might kill a lot more.

The churches have taken a highly responsible attitude. The processions, the vigils, the special services have all been cancelled. Services on offer will be the 50-congregant services, perhaps a string of them over one day, but nothing like the norm.

Online services have become common, but there is still time for radio and television broadcasters to organise something for the many who are not online.

While there is a broad spread of Christian denominations, it should be possible, when looking at number of groups, to broadcast a Catholic Mass, a traditional Protestant service and an evangelical service.

These could even be split between stations so that each broadcasts just one, but with broadcasters getting together so that almost everyone is covered with no duplication.

The liturgical churches cancelled their Palm Sunday processions yesterday, they have cancelled the special Way of the Cross procession on Good Friday, Holy Week services are either not open to the public or restricted to 50 people.

The special vigils have to be done at home. It will not be a normal Easter and many will be disappointed, but the churches are not going to kill anyone. They mark a death: they celebrate a resurrection.

But other people may not be so responsible and here we need to appeal to everyone. Many journeys are just social, or even specifically for family matters. We need to ask ourselves if they are necessary, or just desirable. And no one should make unnecessary journeys.

Social gatherings over a long weekend are traditional. Again do we need to gather? We are not just exposing ourselves to risk, we are exposing many others to risk. Is it not possible to forgo transitory pleasures to reduce risks?

We can phone our children at boarding school, we can phone our friends and separated members of our families. We do not have to drive around the countryside seeing everyone.

It will be different. It will be hard. And it will be safe. As usual, a major responsibility lies with the police who not only have to enforce traffic rules, but also the lockdown rules. And they need to do this because, whoever makes the appeals and whatever the responsible decide to do, there will be many who will not act responsibly.

So road patrols need to be mounted, to contain not just bad driving, but health safety. Are people in cars masked? Are cars overloaded? Are drivers drinking? Are drivers speeding? Are drivers offering illegal public transport?

Pirate kombis continue to operate, mushikashika will be out to make a killing, both metaphorically and literally.

Other patrols have to look at shebeens, at large private parties, at people congregating and partying in public places, including the back doors of bottle stores.

As usual the police will be accused of being killjoys, but they are not just enforcing laws, but also preserving lives. There is still a curfew; it might not start until 10pm, but it is there and needs to be enforced.

The lockdown might no longer be a level four, but we still have a lockdown and we are still all under lockdown regulations.

We cannot have a repeat of the Christmas festive season, the shutting of large sections of the economy, the extra deaths and the extra thousands ill at home, just because a bunch of people reckoned they were entitled to take things easy and have fun.

The national vaccination programme is now being stepped up, but despite the tens of thousands who have already been given their jabs, the extra teams being deployed to give jabs, the thousands pouring in vaccination centres each day, we are still below one percent of the numbers we need for herd immunity.

A lot of the most vulnerable are now at least partially protected, but there is a long, hard journey ahead of us until we achieve our victory over Covid-19. Victory is certain, but the battle Is not easy.

Those who sit and sigh deeply over what they see as another abnormal Easter, should perhaps reflect that by this time next year we might well be in the clear, at or close to herd immunity and able to celebrate our victory, among many other blessings.