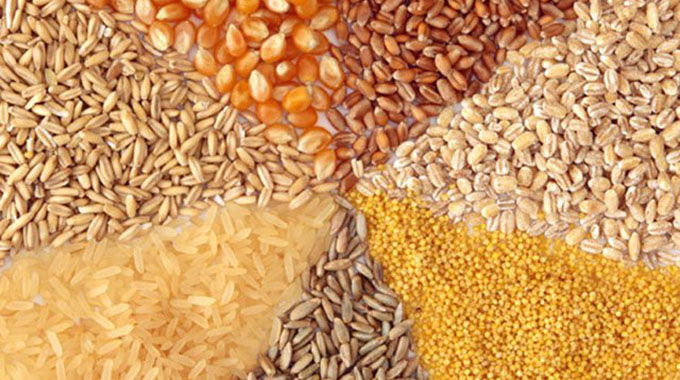 The major efforts to fix maize and traditional grain production have now, helped by the good rains, although the new farming methods, early inputs and tight control of financing to stop cheating, are major factors, borne fruit this season with a large harvest that will generate surpluses.

The filling of dams, coupled with continuing expansion and rehabilitation of irrigation infrastructure, means that the chances are excellent that this winter we can make that final push, after the large volume jump last winter, to grow enough wheat to meet all demands for bread, flour and pasta.

That would be the first season of self-sufficiency in wheat since we started growing the crop in the 60s.

But we now have new targets. The list of the top successful bidders on the Reserve Bank of Zimbabwe foreign currency auctions since these were introduced at the end of June last year show where we now have to add new crops.

Cooking oil and soap manufactures bought more than US$50 million to buy oil seeds, raw soya oil, and other edible oils need for cooking and soap making. At the same time the top three dairy companies bought around US$20 million for their imports.

That US$70 million was more than 10 percent of the total of almost US$640 million sold on the auctions and if Zimbabwean farmers could grow all the oil seeds we need, and Zimbabwean cows give us all the milk we want, a lot would be saved.

Those companies still need to import some raw materials, such as topping up hexane for oil extraction, although this is recycled, plus packaging materials, machinery parts, other soap chemicals and the like. But they would need only a fairly small fraction of the US$70 million they had to buy.

This season a major effort was made in the Government input schemes to introduce a lot of farmers to oil seed production, which will obviously make a big dent in the imports, and the expansion of cotton production will provide more cotton seed, but we will still need imports.

With a lot of farmers now introduced to soya bean production this season, the opportunity now exists to expand on that new set of skills. Equally importantly there will be a large group of farmers who can prove they can grow the crop.

This will be useful if the major buyers of soya are prepared to go into contract farming, directly or indirectly. They can find farmers who know their stuff.

The tobacco industry provides a model of how tens of thousands of small-scale growers vetted for competence and honesty, how contractors can be licensed, again after vetting, and how fair prices can be generated.

As Zimbabwean farmers move upscale, soya becomes a valuable crop in any rotation scheme since it is a legume, fixing its own nitrogen and building some soil fertility. When most farmers start using most of their arable land, these rotation systems become important.

Sunflowers used to be ubiquitous in the communal lands, with a small plot at almost every homestead, so there are a lot of farmers who know how to grow the crop. Production can thus be ramped up quite quickly.

Pricing is not that difficult as there is some leeway. Some oil expressers are importing crude soya oil from as far away as Argentina, and complaining about recent sudden price jumps, so it should be possible to pay a Zimbabwean farmer a decent price and still undercut the landed cost of imports once transport components were eliminated.

Some of the saved auction money would need to be spent on more fertiliser raw materials obviously, although a more determined prospecting effort to find more that can be mined in Zimbabwe would be useful.

The dairy industry needs some innovative and creative thought. Despite a few attempts in the 1980s to spread the industry to small-scale farmers working in co-operatives with co-operatively-owned tanks and refrigeration, it has largely been bigger commercial farmers who dominate the industry, although they do co-operate to some extent.

However, in many parts of the world, including much of Europe, the industry is built on small farmers, each with just a few cows. Co-operatives or similar structures are essential, to own the collection points and equipment and to inspect and enforce standards on each farm.

Government has already started schemes to build up the cattle herd and it would not need much extra effort to include a dairy component. There is need for investment, on farm for hygienic milking sheds and some equipment, although hand milking has been used for millennia, and off farm where milk can be delivered within the very tight timeframes required.

Here the dairy industry needs to take a lead, but Government should be involved, and must be involved to enforce veterinary and hygiene standards, along with suitable interested investors.

Other imported bulk foods, such as rice, do loom in the top 100 auction buyers. Rice has never been a Zimbabwean crop although some was grown in the lower Honde Valley at one stage.

However, the roll out at Kanyemba last year of a vast Zambezi Valley irrigation scheme opens some doors that need to be investigated. Rice is a tropical low-altitude crop that needs a lot of water.

The Valley appears to have that, although we will need expert advice on varieties to try and our farmers will have to learn new skills.

While we talk about growing our own food and saving foreign currency on imports, we also need to remember that expanding production, or introducing new crops, does far more.

It makes our farmers richer. When we buy groceries we need to be paying our own farmers, not foreign farmers.

This is quite possible if farmers can grow enough, and getting our farmers to feed the country and provide the agricultural raw materials for our factories is a good start on that journey.