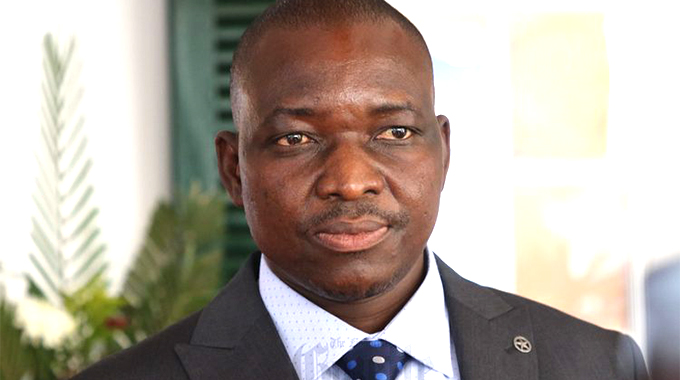 Electricity faults have risen significantly this rainy season, largely due to damage from the heavy rains causing branches to fall on power lines, pylons to fall and water seeping into important pieces of cable or equipment.

To this has to be added the continual background problem of vandalism and theft, which tends to centre on theft of transformer oil from substations, thus wrecking the transformers, or actual theft of the entire piece of equipment.

The vandalism is continuous, while the weather problem is seasonal, but at the moment they combine.

And then we have the odd extra problem. At the moment a large section of eastern Greendale in Harare is down, with Zesa putting out advertisements that a fallen pylon in the main feed is the problem, and with messaging sites circulating a picture of a pylon hit by a heavy truck, which may be the pylon or may be one of the many street light pillars that have fallen in that area over the years.

But as Minister of Energy and Power Development Minister Zhemu Soda has said, the general public can help Zesa, although it must be added that there is more that Zesa itself can do to safeguard its network against both weather and vandalism.

To give Zesa some credit, it does take far better care of its pylons and cabling than local authorities do with the tatty remains of their street lighting.

Everyone who lives in the older suburbs of Harare, where Harare City Council or the previous town management boards put in street lighting, will have noticed that while a fair number of street light poles lie horizontal and while cabling lies on the ground, the older Zesa infrastructure is in reasonable shape, which is why we all complain so loudly when it takes two days to fix a problem. We have given up on the lights and the city council.

But at one stage Zesa sent out teams every year during the dry seasons to cut away branches and lop the tops off badly positioned trees. This, naturally, raised complaints since some people will always complain, but did reduce significantly the potential damage when the rains started.

While Zesa still keep the wide swathes occupied by the national grid pylons and many high-voltage lines clear, there appears to have been less action on the ordinary 220V lines that actually deliver power to consumers.

We even see bushes and other dense vegetation blocking access to substations. Consumers should do more to keep the power lines in their own properties reasonably clear, but the street lines have to be done by Zesa and, once a particular point is reached, the Zesa team needs to switch off a substation for an hour or two while the team with the ladders and saws drives around the area cutting away the dodgy vegetation.

It is one thing for a householder not to plant a tree under a power line, it is quite another to expect them to chop down or pollard a tree they have inherited that is interfering with live wires.

But Zesa could make it very easy for householders to phone for help or pass on tips about street lines running through branches.

Vandalism is a perennial problem. But there are solutions that can minimise damage. The Zesa substations were all carefully sited next to a road in little corners. The thieves and vandals do not attack during broad daylight or even the early part of the night. They drive up when everyone is asleep in the early hours of the morning.

Although there is now a mandatory 10-year minimum sentence for those convicted of interfering with Zesa equipment, very few of these gangs are caught.

Even if someone sees them attacking a substation there is no street lighting to get a clear view and even if police react fast the gang is only there for a few minutes. But there are two possible solutions. The first is better protection of substations. In some areas local residents, either operating alone with exceptional public spirit, or as an ad hoc local group, have fenced off the substation, or in some cases even railed it off so thieves cannot cut the fence, and put in far better locks.

Zesa allows this, presumably with gratitude, and a set of the new keys is left with the local maintenance unit with presumably a spare set with the nearest householder.

The power utility can do more to encourage this. It could even start doing some of the same itself. No fence or railings will stop a thief, but if a gang needs a couple of hours to break in then the odds of being seen are far greater.

Zesa could even approach the householders with a substation site in the corner of their property and follow the example of the mobile phone companies of seeing how the substation can be incorporated into the house security walls.

The phone towers are far less susceptible to theft and vandalism than substations since they are inside the gates of a house or business rather than in a walled off enclave on the street.

This will require careful thought and negotiation to ensure access rights and ensure the substation is not a path for thieves into the house, but the phone companies have managed and Zesa, which actually owns substation sites rather than renting them, should be able to do better. For new stations, Zesa could give more thought to siting, having substations on busy corners or inside guarded shopping centres and business premises, for example, rather than tucked away in a side road.

The objective should be to make every substation more secure and any interference far more likely to be seen.

The second point of attack would be to make selling the stolen oil or equipment far more difficult. Very few thieves steal to keep what they take, they do it for money.

Zesa could have a hotline for tips, which will help if backed by an education campaign, but a system of rewards might encourage people who know something to come forward.

This need not cost much, since a reward of a few thousand dollars would be adequate for a friend of a friend to make the call, but if Zesa is really pressed for cash then most consumers would accept something like a dollar or two on their electricity bills to fund this.

But as Zesa itself would be saving money, it should be able to pay. When we had public telephone boxes there was a notice on each for many years offering a small reward to anyone who turned in a thief, and this did work.

But any action seeking public help, or offering public rewards, needs some education campaigns. Few of us have any idea what a transformer looks like, or how to identify transformer oil, for example. We need a picture.

Cable thefts have been diminishing as aluminium cables are now used where possible, and these are harder to sell and bring in less money than copper cables, but again the reward system could eliminate even the last vestiges of this crime.

Zesa is not doing that badly, especially after the managerial clean-ups in the last two years. But can work more actively with the public, who are basically its customers, to improve maintenance of lines and to protect its equipment. Most of us want to help, especially if it does not cost us anything extra, but we need some practical leadership from Zesa and some good solid Second Republic innovation.