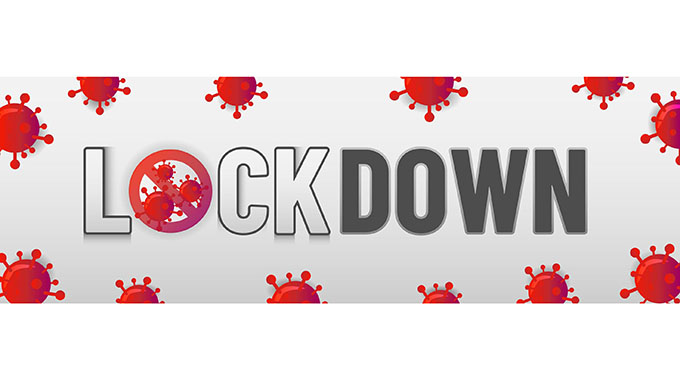 The intensification to the level four national lockdown at the beginning of the month, and the voluntary greater adherence to measures that reduce risk of Covid-19 infection, have started taming the second spike that hit Zimbabwe, as President Mnangagwa noted this weekend, but this also means we have to all follow the rules, as he stressed.

We are not helpless, and we can all play our part. As expected, infection rates, the number of active cases and the number of deaths kept rising after the intensification of the lockdown at the beginning of the month.

This was because there had been a surge in infections and those newly infected people were now infecting their families and others they came into contact with.

But as we reached the middle of the month signs started appearing that we had reached a plateau. The worst recorded total of active cases was on 16 January, with 10 326 sick people.

But there had only been 2 368 on New Year’s Day, so we had seen a bad fortnight. By Saturday we were down to 8 656, an improvement, but still a very large number and still three-and-a-half times as many at the beginning of the month.

But by Saturday it was still 69 percent, a big improvement, but meaning that three out of 10 people who had ever been infected since the March arrival of Covid-19 in Zimbabwe were still ill.

Another sign that the lockdown has helped us turn the corner is the tracking system for new infections by the Ministry of Health and Child Care.

Very usefully, the Ministry runs a seven-day rolling average, which takes into account a sudden large batch of tests on one day and a delay in results the next.

For just over a week this rolling seven-day average has been falling, very slowly, but falling. But last week we were still averaging 589 new infections a day and even on Saturday we had 484 new cases.

This is high. It gives us hope, as do the falling number of active cases and the rising recovery rate that we are on the right track, but makes it clear that we still worse off than at the beginning of the month.

There were signs by the end of the week that the death rate was starting to fall, with the three-day rolling average now dipping, but the trend will need to continue for us to make sure.

Death rates provide a check on how well we are testing.

We have always known that a large block of infected people are never tested, usually for the very good reason that they show no symptoms or exceptionally minor symptoms and so do not seek medical attention or even think about having a test unless they are living in the same house as someone who falls ill or were in close contact with someone they know to have been ill.

As the President noted, and he praised Zimbabweans for this, many more people have been taking the basic rules far more seriously.

Even those shift workers in essential services, the only people actually allowed to move around after curfew and then only between work and home, have been noticing a very sharp drop in the number of curfew breakers.

Far more people are staying at home and the social gatherings appear to have been slashed right back. It is all very well for the police to promise better enforcement of lockdown regulations, and their efforts are appreciated, but they cannot be everywhere.

It is largely up to every single one of us. And when you see most people wearing masks when there is no police officer in sight, you realise that the message has reached the majority. The police efforts are still needed, to persuade the hold-outs, but they are able to target those groups more effectively when the rest of us are compliant because we want to stay well.

As President Mnangagwa noted, the battle against Covid-19 is like war and in war everyone is a combatant. The battle will be won when all of us accept we are all personally responsible.

Vaccines have been developed, and the President promised that Zimbabweans would not be left behind.

But when you work out just how many billions of doses have to be prepared to vaccinate the population of the planet it is obvious that the global and national vaccination programmes are going to have to be rolled out in phases.

There are already international agreements that will help ensure an equitable distribution of vaccine doses as they leave the factories across the globe, so all countries, not just the richest and most powerful, get their share.

For Zimbabwe, the very first phase will be vaccinating the frontline health workers, those who have to take the biggest risks to look after the rest of us.

Vaccine safety is important. But a lot of the heavy lifting on checking on things like the safety tests and efficacy of each type of vaccine has already been done and the World Health Organisation has been checking that all this has been done properly.

So our health authorities are largely having to work with WHO on selecting the types we need, and then making sure that what the label says is what we get.

Interpol has given warnings that organised criminal gangs may try to sell fake and stolen vaccines and that is the biggest danger for a small country.

But so long as we use WHO-approved vaccines and ensure our supply chain is not contaminated, we should be in the clear. Social media generates a lot of rubbish, usually from right-wing conspiracy theorists, but Zimbabweans, when it comes to health, are generally happy to follow the science.

Estimates are that it will probably take up to two years to vaccinate the entire population of the Earth, so even as we start immunising blocks of our population, starting with the most vulnerable and working down, we will have to maintain the most stringent precautions and accept that we will all have to play our part.

As the President said, it is like a war. Victory is certain, but we all have to work hard to ensure we are there at the victory celebrations.