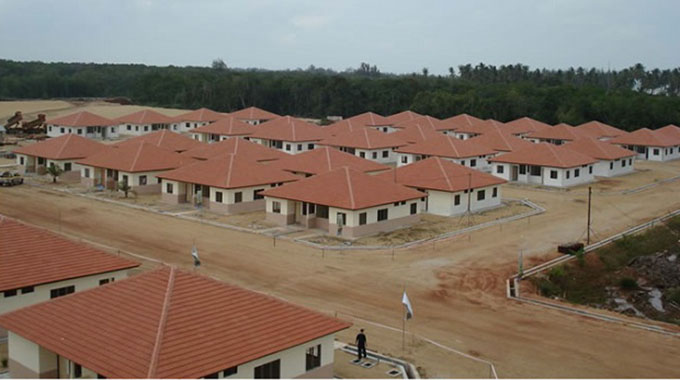 The target of 200 000 new low-cost houses and flats by 2023 seems ambitious, but as Cabinet found this week when the sums were done, is quite achievable especially as we now have Zimbabwean technical experts working out how to reduce costs significantly.

Getting more homes for the dollar is important for two reasons. First it means we can build more houses for the available capital, regardless of whether that money comes from the Government or comes from the private sector.

Funds are not unlimited and we certainly cannot print more and lose all the gains we have made in creating a self-sustaining and growing economy.

Secondly there is that stress on “low cost”, that is affordable by those who will live in these flats and houses. Regardless of whether the householders are paying off a mortgage, buying for cash or renting, the payment has to cover the costs.

In public housing it is quite permissible, and indeed should be a requirement, to price at cost-recovery, that is making no profits.

But at the same time we cannot afford to make losses. A self-sustaining and viable housing programme has to cover costs.

Even in private sector mass housing, and in the private sector there is that profit motive, the traditional formula in major schemes has very small profits on houses and flats built for sale with the serious money for investors coming from the zoning of some of the land as commercial, and that zoning pushes the price right up, and the profits on developing that commercial land.

Mortgage schemes automatically generate a return on investment from the interest, and rates do not have to be dramatic if inflation is low.

Even when renting there are formulas. Some Government housing will be kept for rent under new policies already announced. This is to give ministries flexibility in transferring staff, and can be a perk. The police, for example, have been doing that for decades. Here rent formulas can vary.

Rents must, at the very least, cover maintenance fully plus the actual costs of services included in the rent. At the other end of the scale they can include provision for recovering the capital cost over a couple of decades.

Once you are in cost recovery, then building can be accelerated. The money coming in each month can be assigned to augment new funds made available and so build more homes.

For the model Dzivarasekwa project of 88 blocks of flats each containing 16 flats, new construction methods have been developed, largely by the Harare Institute of Technology, that will cut costs by as much as half.

For the Government half of this complex, the other half coming from the private sector, a total of $1 billion has been allocated.

This sounds a lot, but assuming all that $1 billion is just for the Government half it comes to around US$16 000 a flat, if you cost in US dollars and the property market tends to with conversion on the day so it is useful for comparisons.

It will be less for two-bedroomed units and more for three-bedroomed, but that cost is exceptionally low for family accommodation.

Remember that all this development requires as well as the blocks of flats, the new sewers, water pipes and the roads; you cannot just build a block of flats in a field.

Some will be disappointed with flats as compared to houses, but there are good reasons to have a high percentage of flats.

For a start they are cheaper for each unit. Not only is there significant sharing of walls and roof slabs, but you can get a lot more homes for each kilometre of sewer main, water main and road.

Then there is the actual land. Even with the minimum size of “high density” stand, the planned 200 000 homes in four years will need around 75 square kilometres for detached houses, once the additional land for a road network, schools, space for future recreation and the like is included.

For a start, even if the land is available, and remember we are looking at even bigger programmes after 2023 as budgets grow and money starts being recycled, that still means 25km commutes each way in some cities.

But secondly, as everyone knows, tiny housing stands mean there are no gardens and privacy is dubious with just a narrow gap between houses.

You do in fact get more privacy in flats than in densely packed houses of the same size and a bit of intelligent town planning means that a convenient park can be incorporated in the complex or laid out opposite, so you can have the equivalent of a garden where children can play.

Just for comparison, the highest density suburbs in Harare are not those given that name, but the Avenues, eastern Avondale and Newlands, where flats and town houses predominate. Rich people live in flats as well.

Those who doubt that the target is achievable should look at history. At the end of the Second World War, Germany and Japan were not just defeated, but were largely rubble having been very heavily bombed; the nuclear bomb on Hiroshima was “just” the sixth most destructive air raid of the war to give some idea of the extent of the destruction.

Yet both countries rising from the rubble managed to house their people properly by 1960, with efforts since then largely on upgrades and coping with new families, even now when populations are largely steady.

It required a major national effort. But there were gains that accelerated the recovery of both countries. For a start building is a labour intensive sector, so a lot of people got jobs, which they needed to buy or rent the new homes they were building. It all adds up.

Incidentally, blocks of flats are easier to upgrade than small houses on tiny plots, and we need to think of our middle-income future.

Now that we are serious about housing, and are devoting resource both financial and engineering to fulfilling our goals, the same sort of national effort will see those hundreds of thousands of required new homes.