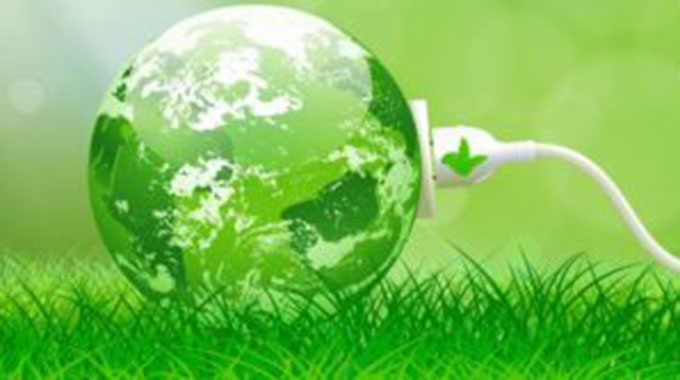 Global warming is serious and already the climate change we have seen in Zimbabwe has been damaging: more cyclones from the higher temperatures in the Indian Ocean and more risk of droughts as the warm el-Nino currents become more prevalent in the Pacific, to name just two.

As President Mnangagwa said this week when invited to participate in a continental dialogue organised by the African Development Bank and the Global Centre for Adaption, the climate change that has already occurred is irreversible. Global measures concentrate on stopping it from getting worse, or more accurately from getting much worse, and on adaptation to what has already occurred and is expected to occur.

Every country, even developing countries like Zimbabwe, have to play their part. So the Government’s previous commitment to a green economy by 2030 is being taken seriously.

This requires continued progress in our accelerating adaptations to what has happened, the conservation farming that has helped produce this year’s large harvests, the building of big dams to store the water from good seasons, and even catch the cyclonic rainfall, and the other water harvesting techniques now being adopted by many more farmers. Even the push to use more of our indigenous and more drought-resistant grains in our diet is important.

But it also means that the industrial development we are planning and implementing, the extra mining we want, and the sources of the large amount of extra energy that are required to give all Zimbabweans a decent life have to be within this policy of a green economy.

Regrettably, we cannot develop the way the present more developed nations developed. But one advantage, perhaps, is that we do not have to do much retro-fitting and rebuilding. We can do it right from the start.

This will require more funding, since often the green road needs more capital investment although savings come later in running costs. Already Zimbabwean mines and businesses are thinking seriously about energy use since we started pricing our liquid fuels and electricity at market rates, what it costs us in capital and operating costs to have these on tap and at the touch of a switch.

In some companies the chief financial officer is now the “greenest” executive, not necessarily because they are tree-hugging conservationists, but because they worry the most about rising costs and put pressure on operational managers to develop processes and procedures that will raise output with less energy.

The pay-back time for capital expenditure on greener technologies is now far less than it was so pure market forces can help accelerate and implement the Government policy of the green economy. Progress will be even faster if cheaper capital was available for such technologies, and here the Government could develop some innovative schemes using the growing international resources, from the new issue of special drawing rights by the International Monetary Fund downwards, that may become available.

Even in irrigated agriculture, more farmers are thinking solar, using bigger pumps when the sun shines to pump water into reservoirs, and then using free gravity to deliver the water to fields. But again that needs more capital at the start, for the panels and larger pumps, but then come savings from the zero Zesa bills. And again we need some way of making cheap capital available and ways of lending this capital after careful calculations of pay-back times.

In other areas there are opportunities. To take a very simple example, hot water heating. Forty years ago solar water heating was the preserve of enthusiasts, with one small company making the heaters. The old Solar Energy Society used to joke that what was really need was doubling the price of electricity in real terms. That happened and now it is almost a standard on new middle-income and upper income housing. And when that new steel mill starts operating in Mvurwi we will have all the raw materials for local companies to make as many as we can use.

But the capital costs are still beyond the reach of the majority of households, so once again we need some innovative finance scheme to allow the Mbare householder to buy a water heater using the cash not paid to Zesa for the next three years, say around half the present Zesa bill. This becomes important in that huge housing programme now being put in place to ensure all Zimbabweans are properly housed by 2030. Those hundreds of thousands of new homes need to be green.

Already the legal and operational changes have been made that allow private investors to build their own power stations and sell surplus energy to Zesa. Solar installations to do this are welcomed. Thanks to Zesa’s existing infrastructure, Zimbabwe can get round the problem of no solar power when the sun is not shining, since with the giant Lake Kariba coupled to an oversized Kariba South station we have the world’s largest storage battery.

Kariba South was extended not to give more total energy, since that is dependent on Zambezi River flows, but to give Zesa the desperately needed flexibility to cope with peak power demand. Zesa uses its water ration intelligently, going flat out if needed at say 5pm and cutting right back at 1am. Solar fits in well since the same system can see Kariba South spinning one generator at noon and all eight in the evening, for longer.

In fact the dam is so big that water saved on a bright November day could even be stored for a cloudy day the next June. And if we ever get enough capacity to export, then peak demand exports bring in the premium dollars.

Another area where advance planning could help is in the rebuilding of our motor industry. Electric vehicles are the future, and one major producing country, India, has already announced that new petroleum-fuel cars are banned from 2030. We need to rebuild our industry for that future. Even if you use coal stations to produce the extra electricity, and Zimbabwe can use more solar and hydro, and probably gas from Muzarabani, the efficiencies involved still better than halve the carbon emissions. Petrol and diesel engines are not nearly as efficient as power stations and electric motors.

Climate change is not all bad news. There are opportunities for new businesses, new ways of creating wealth, new ways of managing our development.  But as we have tended to stress, while the rewards of adaptation, and of conversion to greener technologies, will allow us to cope and to fulfil our global commitments, there are higher capital costs, although many of these result in lower running costs. One of the primary characteristics of a developing country is that it is short of capital; that is the main reason why Zimbabwe is making so many strenuous efforts to attract external investment in productive sectors.

This is where a lot of effort is now needed in global forums, to create the “green funds” that can be tapped by Governments and private investors to get through those capital-spending humps on the green road to a better future.