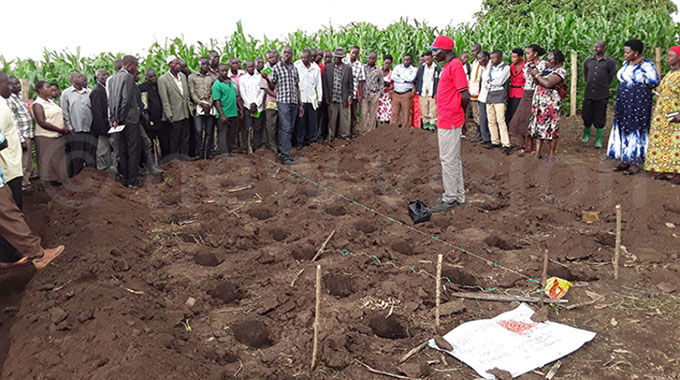 It is good news that Zimbabwe could have higher than average rainfall over the next few months, if a forecast by a global climate agency predicting greater chances of a La Nina in the central Pacific, the opposite of an El Nino, is accurate.

We are hopeful that this will be the case and rainfall will be in abundance this summer cropping season. An El Nino is a warm current in the same area, giving normally drier conditions in Southern Africa.

While the El Nino and La Nina phenomena are important, there are other factors that influence our weather, and regional meteorologists are now factoring in all of these to produce the SADC regional rainfall forecast for the coming summer rains, which is expected this week.

Zimbabwe and other SADC countries recorded the lowest rainfall in nearly four decades in the 2018-2019 season, resulting in drought and water shortages across the region.

Although a national forecast for Zimbabwe is expected to be made in the coming few days as the country steps up efforts to prepare for the summer crop, the report gives hope to Zimbabwe’s farmers, especially as it comes at a time when the country has embarked on the Pfumvudza farming system, which is designed to make the best use of whatever rainfall arrives and so produce an adequate crop even in a lower-rainfall year and a superb crop in a good rainy season.

With the far greater variability of rainfall patterns as climate change grips the planet, Government has gone into overdrive to rethink farming practices and equip and retool agriculture extension officers countrywide so that they can hold the hands of the farmers from the beginning to the end.

Of course, we take note that the climate experts further say that La Nina events are also associated with heightened risk of cyclones as well as cool daytime temperatures, but generally speaking wetter seasons are better than dry seasons and our worst cyclone in recent years came in the wake of a drought.

But regardless of local weather predictions, all of us have to put our act together and be prepared in terms of land preparations, inputs availability, labour and farming methods to make the best use of what we get, so that if our hopes are realised with good rains, then we can really soar, and if not we can cope and our farmers can still grow our food and make money for their families.

What has been lacking too often in the past is adequate preparation and adequate delivery of inputs early enough, so that we do not have farmers taking a chance with late planting and trying to do things “the old way” if there is, and now there is, a better way.

Under Pfumvudza, we have reformed our farming methods. Government has taken the required steps to ensure the right inputs are available, and even started distributing last week.

Other past weaknesses of allocating inputs to farmers who will not use them, have been eliminated. Switching to the Pfumvudza systems has ensured that farmers who will farm did successfully complete their training, so there was a “keeness test” for commitment. Most farming households passed that test, so early inputs will not be wasted: they will be on the farms before the rains and the farmers can move swiftly the minute the agriculture experts in their areas give the go ahead to plant.

So sweet is the fact that the good weather predictions come at a time when the Government has already done land preparations and subsequently started distribution of inputs under the Pfumvudza project.

Pfumvudza is cost effective as it reduces tillage costs and concentrates on intensive plant growth and specific target.

We, therefore, need to follow the weather patterns and plant on time. We need to plant with the first rains and religiously follow plant growth requirements and procedure such as fertiliser and herbicides application on time.

This is a great opportunity for the country to be self-sufficient and avoid spending money on grain inputs, while at the same time ensuring that our farmers can earn the rewards that their labour and willingness to follow advice deserve.

We have to pay someone to grow our food, and it makes far better sense to pay our own farmers. For a start they will spend their money on things the rest of use make, making everyone better off.

The Government has played its part training and providing inputs for all the farmers who have registered under Pfumvudza in the communal lands.

Farmers on larger farms are not left out. They have Command Agriculture, and that has also been revamped, upgraded and the wasters chiselled out.

So we expect these farmers will up their game and contribute to grain production as the commercial crop is critical to millers and retailers.

When all is said and done, it calls for Zimbabwean farmers in their broad totality to take farming seriously as a source of life and food for our country.

It calls for all stakeholders in the agriculture sector to support the Government’s initiative and all the private farmers to take the country to self-sufficiency and themselves to a better standard of living.

We can spend the foreign currency we have been spending on importing grain on a lot of other requirements and raw materials, that we all need, regardless of whether we are farmers or city folk, and if our farmers use the land, the inputs and their expertise to grow our own staple foods, they will help lead us into prosperity.