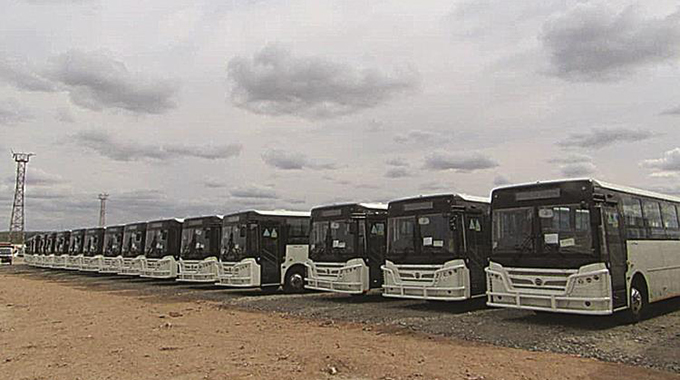 With the resurrection of Zupco, the smart move under public health regulations to tame kombis by giving the opportunity to register under Zupco, and plans under the National Development Strategy 1 to resuscitate the National Railways of Zimbabwe, we now have an opportunity to go a step further and start designing a decent public transport system for Harare and its surrounding towns.

Any such system should use both buses and railways. There is the major east-west track splitting the city in half and linking it to existing growing towns like Ruwa and Norton, plus the newly planned development in Melfort.

The main northern spur runs close to the new housing areas around Mount Hampden and Nyabira as well as Mazowe. And a right of way has been mapped to Chitungwiza.

Railways are useful for the longer journeys, as many countries have discovered when replanning public transport within a metropolitan area, with bus routes feeding the outlying stations, coping with the routes off the railway network and dealing with frequent services on shorter routes.

With urban bus transport now once again under Zupco, and with most people hoping that the required laws and by-laws can be put in place soon to convert this temporary public-health measure into a permanent system, it should be possible to assemble a decent planning team under the Local Government Ministry and Harare Metropolitan Province including Zupco, NRZ and the half dozen or so urban authorities who need to be intimately involved.

The objective is to create a public transport system that will fit into Vision 2030 and be worthy of the huge urban conurbation centred on Harare. And it will be big. While many development initiatives, devolution policies and the like will see far more even development of all areas of Zimbabwe, including the expansion of other towns and cities and the creation of new towns serving as processing, industrial and commercial centres in previously marginalised areas, the fact remains that the greater Harare area will continue growing as well.

One critical need is a central mass transit station complex. Somewhere someone taking the bus or train from Norton can quickly grab the bus to Mount Pleasant, for example, without having to walk up to 2km from a station or terminus to another terminus.

The inherited problem dates from colonial town planning, when so little land was set aside for bus stations, especially in the western part of the city centre although this is where most bus services now need to operate.

On the eastern side some planner did manage to grab a couple of undeveloped city blocks in the late 1960s to develop the Simon Muzenda Street terminus, but even that is around 1km from the true city centre.

There is, however, an ideal site for a central and combined bus and rail terminus. This is the land owned by the NRZ on the south side of the city centre.

Part of it is already used for Harare Railway Station, and that can be developed and expanded. But between that station and Seke Road is a large area with run-down buildings, ancient railways sheds that no one can use, and open land rented out for car sales and substandard little shops.

Presumably part of the planning for NRZ is to create modern bulk cargo handling facilities, and that is undesirable in a crowded city centre.

In fact a proper bulk and container cargo terminus, for trucks and trains, is as desirable as a proper combined passenger terminus for buses and trains. The NRZ moved quite a bit of infrastructure to Aspindale and there is still land out there that can be used to expand that complex into a full cargo handling centre.

The city centre railways land can thus be developed as an integrated passenger terminus and transit point, combining a redeveloped railway station and a large, very large, bus terminus all well secured, properly patrolled by police and security and giving Harare what it needs.

The need for such a new bus terminus is going to be apparent very soon. Although Zupco has reclaimed the old terminuses in the city centre, it is growing fast and the western terminuses are already almost full.

In the 2021 Budget Minister of Finance and Economic Development Prof Mthuli Ncube gave an indication of how fast Zupco would grow next year when he gave the bus company permission to import 250 new completely assembled buses in the next 12 months at zero duty.

And in addition to that large batch, we are about to start assembling buses in Zimbabwe again, with large targets and more big jumps in the size of the Zupco fleet. So even if Zupco assigns just a third of its new buses to Harare, and it might be more, it is going to need more space very soon.

The planning and its implementation does not have to be done all at once.

We have already seen the advantages of incremental planning. For a couple of decades, for example, everyone was complaining about the kombi menace in central Harare with the city council at its wits end to sort that out, including a weird scheme four years ago and reversed within hours by central Government, to dump passengers several kilometres from the city centre.

Then came Covid-19 and smoothly, without any fuss or bother, the bulk of the mechanically-sound private fleet of kombis and spare buses was absorbed into Zupco control by a rapid expansion of the franchise arrangement that Government had helped Zupco develop.

The trial programme had ironed out the concept and the sudden expansion turned Zupco into an effective monopoly, with the rapid expansion of the fleet this year, next year, and years ahead continually improving services.

So we can start our new city centre terminus in a modest way and continually expand it and develop it. But we also need to have at the back of our minds a final goal, and a rough outline of a final plan that can be modified, even radically revamped, as experience and changing circumstances teach us new things.

The main aim, as we put all the bits together, is a first-class and well-managed public transport service.

This means more than just more buses, although that is important. It also means convenient, safe and secure terminuses where passengers can wait, and we need to remember that as we move out of Covid-19 night services will be required, so guarded and fenced terminuses become vital.

And this is why we need everyone involved — the local authorities, Zupco, the railways, and central Government — to be in such close contact, putting the required bits together and sorting out who does what, and when.