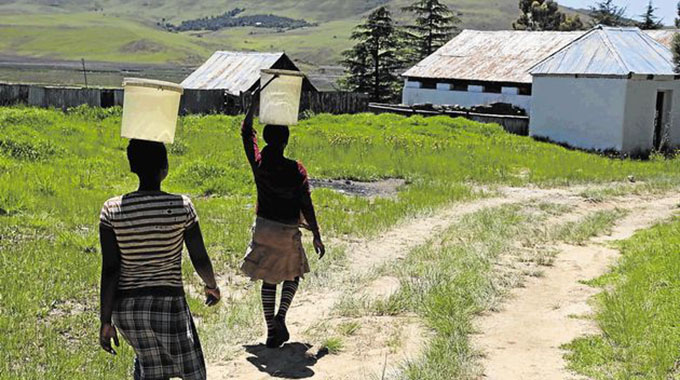 Yesterday Zimbabwe joined the rest of the world in commemorating International Women’s Day running under the global theme: “Time is Now: rural and urban activists transforming women’s lives”, multitudes of women converged around various spaces to take stock of their achievements, challenges and possible areas of synergies.

The global commemorations come at a time when Confederation of African Football, Caf is still revelling in its own success after successfully holding its first ever women football symposium held in the Moroccan city of Marrakech.

This is probably the biggest symposium bringing women together to rally behind one of the world’s greatest sport.

Speaking at the symposium Caf president Ahmad pledged to break all taboos to help promote the women’s game in Africa. As the champagne was popping during the official opening in Marrakech, multitudes of women watching were silently praying that such progressive thinking will cascade to national leadership and land on our doorsteps.

That paradigm shift where women are recognised as equal partners is what our national leadership requires to break taboos that hinder and stall the progression of women in Zimbabwe, particularly the rural women.

According to Zimstats (2012) more that 80 percent of women live in rural areas, a powerful constituency that is critical for transforming this country to another level.

The women who are in their various stages of their levels are brimming with ingenuity, creative and have hopes for a better Zimbabwe. Their resilience and endurance, which dates back from the tumultuous liberation struggle to this day have become the backbone of the country’s social and cultural values.

Sadly, their lives have not had a soft landing. Their lives are marred by toiling, hardships and sad stories of dreams that will probably never be realised.

Availability of clean water and sanitation services, problems of market linkages for agricultural products, lack of infrastructure for value addition of produced goods and poor access to health services are some of the challenges that continue to haunt rural women 37 years after Zimbabwe got independence from the British.

As a result of inadequate health centres maternal mortality remains pervasive in rural settings, where the majority of women still travel long distances, beyond the expected five-kilometre distance to access health services.

Once they get there, service provision is not automatic and they have to wait for long hours before they are attended to. If they are lucky, they are assisted in time.

Unfortunately such happy endings are rare.

The majority of pregnant women eventually resort to community deliveries where they have to deliver without skilled staff, equipment and drugs, in conditions that are not conducive for safe delivery.

Their demise also extends to their economic lives which is also a big struggle.

Rural women still struggle to get market linkages for their products, and end up selling their products for a song to fly by night middlemen, to avoid loses.

Through their toil, knowledge and nurturing capacities, rural women contribute immensely to food and agricultural production. Sadly their efforts often come to nothing when they fail to sell the same products for a profit.

Imbued with such challenges, both Government and stakeholders would need to step up their efforts to remove all the barriers stalling the progression of women and ensure their livelihoods equals that of their counterparts in urban areas.

We believe that our women should not struggle with market linkages, but local retail concerns should reach out to producers by setting out decentralised structures and facilitate easy trading.

With the Government’s stance on value addition, local investors can pool resources and partner farmers in setting up modest production plants for processing farm produces like tomatoes and groundnuts, instead of transporting them for 500km for the mere production of peanut butter and spices respectively!

The same can be said of provision of health care services, where partners would need to support Government’s initiative whenever possible.

In some districts, communities have had to intervene by building waiting shelters for expecting mothers. Such progressive thinking coupled by Government’s will certainly take the country forward.

Women’s rights are indivisible component of basic human rights enshrined in the Universal Declaration of Human Rights that should be protected by all.