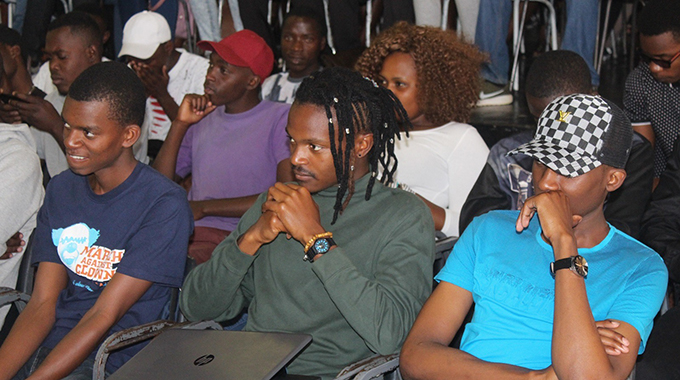 The current lockdown presents an opportunity for colleges and universities to rethink the content and duration of their orientation programmes.

Broadly put, orientation programmes are one of the processes of welcoming new students to institutions of higher and tertiary education and help them in the choice of their academics.

While having an academic component, they should however, be full of fun and games.

They form the basis of a successful career at university and create lasting impressions.

Views of students published in this newspaper every week suggest serious gaps in current orientation programmes across institutions in the country.

Orientation programmes are designed to answer lingering questions by students before they are asked and to provide solutions to problems before they happen or become apparent.

The programmes help students to become socially integrated into university life and culture and prepare them sufficiently well to meet the challenges of life at university.

They create a hospitable environment for new students, introducing them to university lifestyle and allowing them space and time to discover themselves.

Among the issues identified by the students is, for example, the fact that orientation programmes are generally short, leaving students with a lot of unanswered questions.

The general view appears to be that orientation programmes must be week-long to allow new students to learn the ropes, settle down, acclimatise to the environment and afford them sufficient time to become familiar with physical locations on campuses, their workings and all activities.

Students point out the need for time to familiarise themselves with where to go for tutoring/mentoring, dining, health, psychological support, accommodation services, and social and extra-curricular activities.

Another view suggests that orientation programmes should be ongoing, instead of having a limited time frame.

The proposal is that there ought to be an occasion, weekly or fortnightly, set aside during every semester for students to be able to approach a designated office or person with issues bothering them or for which they wish to seek clarification.

Students also suggest that while the university community should be involved in welcoming new students, colleges and universities would do well to identify and groom students, who take over the role of “initiating” new students into university life, after the main official welcoming process.

The argument made for this approach is that while university staff and departmental/faculty members are good in this role and that this interaction may strengthen students’ sense of belonging and resolve, they are, however, prone to making assumptions about what new students are supposed to know and not know.

Consequently, university staff and members have tended to overlook issues students believe are of importance to them.

Among these are how to handle one’s finances, selection of friends who support each other, and being able to maintain one’s focus on their purpose at university.

For example, there is a belief that there are some issues such as sex, sexually-transmitted infections,  pregnancy, abortions, alcohol and drugs and substance abuse that staff and members would not raise with students, sometimes preferring to dwell on university “rules and regulations”.

The issues of challenges and suicide tendencies appear to suggest colleges and universities do not have ready mechanisms for identifying, pre-empting and dealing with them.

Members and staff of colleges and universities have an important role in orientation, especially in helping students to determine the programmes they will pursue.

But identifying a number of current students to be orientation leaders allows the new students to meet their peers, who they can easily relate to and who know their way around the campus, its activities and the surrounding environment.

Students selected to be orientation leaders have the benefit of having gone through the process of being welcomed to a college or university.

The orientation leaders are also better informed about where students can go in between lectures, how to get involved in campus activities — campus social, church and clubs and the best places in town.

In addition, student orientation leaders are more likely to explain details of university life that members and staff are not privy to because they are not students.

Looked at differently, new students are more likely to be open with and receive information from other students, such as the orientation leaders.

Selection of the orientation leaders, should include putting them through workshops, campus tours and social activities.

The strong argument for orientation leaders is that new students are more likely to easily relate to fellow students than they would to members and staff of a university.

It is time to rethink orientation programmes.