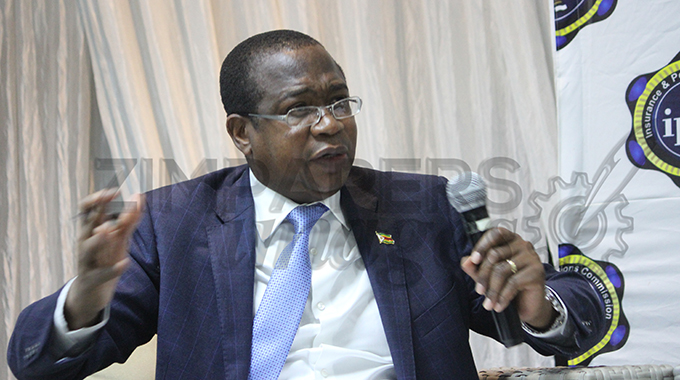 Zimbabwe is now close to having a full electronic payment system stretching across all banks and mobile money platforms and allowing anyone, on any platform, to pay anyone else, regardless of how they bank and regardless of whether they use a phone, a card, or make transactions online.

This universal and seamless system, to be in place by a deadline of August 15, is part of the measures introduced by Minister of Finance and Economic Development Prof Mthuli Ncube at the end of March, a couple of days before the lockdown and its delays, and designating the Reserve Bank of Zimbabwe (RBZ) being the auctioning arm of the State as it moves into full regulatory control of all banking and quasi-banking operations.

The RBZ has, sensibly, chosen Zimswitch as the national switch that will funnel all transactions from a wallet or an account in one institution to a wallet or account in another.

This is building what we already have, and what already works, rather than trying to reinvent the wheel with all the expense and delays.

Zimswitch as set up by the commercial banks a little over a quarter century ago, largely to allow banks to share ATM machines. It rapidly grew as electronic debit cards were introduced to replace the old paper-based system, so that any card could be run through any point-of-sale machine.

And the switch to a near-cashless economy, accelerated by the hoarding and shortages of cash, was largely made possible by the growth of the POS Zimswitch system run by banks and the near monopoly EcoCash had obtained in the mobile market, a near monopoly that arose naturally from the dominant position of Econet in the voice market and the fact that it started the mobile transfer system.

As the banks discovered, operating together to make lives easier for their customers boosted revenues. Market share could still be won and lost in many other ways, from branch networks, costs of services and the like, but trying to keep everything separate when it came to transfers simply lost business, as the one or two initial holdouts discovered.

Even the loss of ATM interoperability, the reason why Zimswitch was founded, as cash become short did not make a dent in the Zimswitch business that had grown up later and now dominated the market.

So the mobile platforms should not be complaining that they have to join.

And this joining is only one, and the simplest of them all, of several measures they now, in any case, have to implement as a result of their incredible successes that have turned them from a small adjunct to the airtime business into the quasi-banks that they have become and which are so essential to the functioning of the Zimbabwean economy.

The introduction of the central switching now cements the place of the mobile transfer agencies, and will allow a level playing field between the competing platforms, since it will be easy for those on one platform to pay a supplier on another platform.

This should not cause problems as the banks found out, interconnections increased the business for everyone and moved the competition to other areas, including how good a bank’s software was when it came to maintaining the “network connection” and ensuring that its database was always on line.

The mobile platforms will quickly found out just how essential these points are if they are to be successful. Seamless transactions mean that the not only the central switch has to work, but that each connection to that switch from the banking platforms must be active and the platform’s own ability to process transactions in real time must be functional.

Presumably the connection of the mobile transfer platforms to Zimswitch will allow the Reserve Bank to lift some of the limits it imposed recently when it was working to bring the mobile operators until it has full control.

Zimswitch was developed by the commercial banks to ensure full conformity to RBZ rules and to be updated and upgraded as those rules developed.

For most people, knowing that the RBZ can examine in real time each and every transaction is not a problem.

They are buying goods or services or are paying a bill, and even if the payment is large, legal and legitimate, so no one questions it.

It should be the same with the mobile platforms, either when payments are made between platforms or are made from platform to bank or bank to platform. But the dubious transactions will be flagged, and investigated we assume.

But such investigations are unlike to be noticed by the customers, so long as they are legitimate, since other parts of the reforms laid down in March mean that the mobile platforms have to allow the RBZ to monitor, in real time, the state of accounts and wallet holdings.

These two measures, having read only access to the mobile systems and monitoring transactions, overcome many objections that had arisen, and along with enforcement of the rules that every dollar in a wallet has to be backed by a dollar in a trust account held in a bank means that Zimbabwe moves from the edge of the modern digital money world into a leadership position.

The lack of innovation and high charges in formal banks meant that phone companies took the lead in Zimbabwe, unlike say Kenya, one of the major African leaders, where a new bank led the way and by competition saw the other banks quickly following.

But the extraordinary high levels of competition in mobile banking in Zimbabwe is now likely to be enhanced with the new and larger Zimswitch, and in the end, cut-throat competition is better than any regulator when it comes to controlling costs and customer charges and offering the best possible deal to customers.

And while Zimswitch is a private company, it is owned by its user-banks and so comes under pressure from those shareholders and users to control its costs and maintain its efficiency.

And the more business that it can do, the more spread of overhead costs is possible, so it has to control its own costs.

All in all, the RBZ seems to be creating a new deal for all Zimbabweans, from the giant corporation to the person with “a few dollars in their phone”.

They will now do legitimate business more easily with each other.

Who is to blame for Zimbabwe’s land reform disaster?