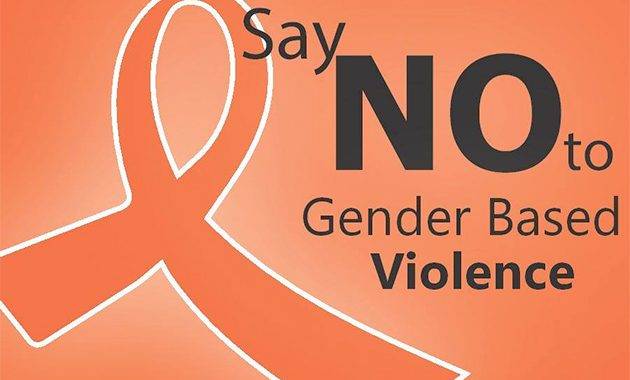 THIS year’s 16 Days of Activism against Gender-based Violence (GBV) against women, comes amid the Covid-19 which has wreaked havoc across nations, affecting both men and women.

According to the United Nations (UN), even before Covid-19 hit, violence against women and girls had reached devastating proportions with 243 million women and girls abused globally in the past year.

These are alarming figures, and sadly Zimbabwe has not been spared from the spectre of violence against women and girls.

The campaign, running under the global theme “Orange the World: Fund, Respond, Prevent, Collect!” is amplifying the call to bridge funding gaps, avail essential services to survivors of violence during the Covid-19 crisis as well as focusing on prevention.

Stories on media platforms have shown that lockdown measures implemented to curb the spread of the coronavirus seem to have resulted in the intensification of domestic violence.

There is no excuse for abuse against women and girls, even against men and boys.

Hardships, mistakes, misunderstandings or any form of disagreement will never be solved by violence.

Resorting to violence is admission that logic and reason have failed. Sadly that happens many a time with fatalities in some instances.

As a nation we are striving towards rebuilding our economy and achieving a middle-income economy by 2030.

Thus, our aspiration is for a nation where all citizens, men and women, boys and girls, are meaningfully contributing to national development.

The family has been described as the agency of primary socialisation meaning it is the very first “factory” that produces citizens of a nation.

Now, it is common knowledge that gender-based violence is one of the major causes of family breakdowns and broken families lead to decay in the society.

As a people it is imperative that we do not just observe these laid down 16 days, but make everyday a day of activism against gender-based violence, especially against our women and girls.

Lessons of respect towards each other, the ability to empathise and listen to one another must begin in the home, from an early age.

For society to grow and thrive, it requires the input of both its women and men, none greater or better than the other.

Everyone must be an activist working towards prevention of domestic violence.

When a woman or girl becomes a victim of gender-based violence, it becomes a step backwards in our path towards development as a nation.

If we live in harmony, resources being channelled towards counselling, hospital bills and rehabilitation for victims, and those for taking care of incarcerated perpetrators, then resources can be directed towards developing the country.

According to ZimStats between 2010 and 2018, at least 21 women were raped daily translating to one woman being raped every 75 minutes.

Musasa Project reported that their national GBV hotline recorded a total of 5 306 GBV calls from the beginning of the national lockdown on March 30 to October 7.

They noted that about 94 percent of the calls were from women.

This represented an average increase of over 60 percent compared to the pre-lockdown trends.

The case of the Chivhu woman who killed her 4 children, was one depicting domestic violence.

Zimbabwe is signatory to international protocols which uphold women’s rights and protection from all forms of violence.

They include Convention on the Elimination of violence against women, Dakar Platform for Action, Protocol to the African Charter on the Human and People’s rights on the rights of women in Africa and the SADC Protocol on Gender and Development.

In addition, locally Zimbabwe enacted the Domestic Violence Act and have before Parliament the Marriages Bill which seeks to protect the rights of women in civil unions even at the point of dissolution of the union.

It is thus incumbent upon every citizen to ensure that domestic violence is not just minimised but eliminated completely as we strive for a better world.