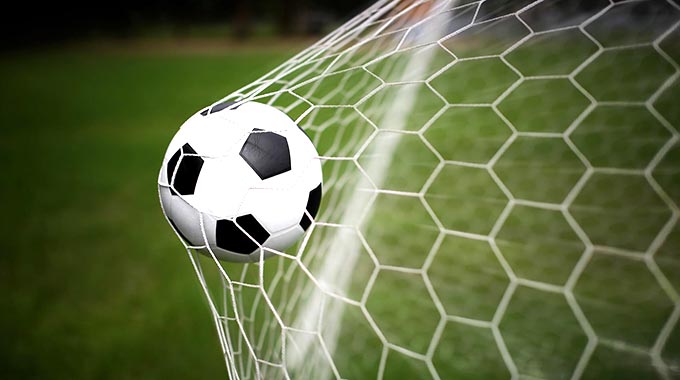 THE Zimbabwe Warriors lost their first 2021 AFCON qualifier when they went down 1-3 to African champions, Algeria, in Algiers on Thursday night.

Having picked four points, from a possible six, in their first two matches, when they were under the guidance of caretaker coach, Joey Antipas, the Warriors finally succumbed to defeat at the hands of the Desert Foxes.

Antipas’ replacement, Zdravko Logarusic, was taking charge of his first competitive match, after inking a two-year deal to be the substantive coach of our senior national football team, in January this year.

Even before he took this job, the Croatian gaffer knew he was on course to receive a baptism of fire, against an Algerian side which had, ahead of their match against the Warriors, went 20 matches without defeat.

To his credit, Loga decided he wanted to go head-to-head with Algerian coach, Djamel Belmadi, who was crowned the best coach in Africa by the Confederation of African Football, after leading his Desert Foxes to their first AFCON title in 19 years.

And, in the first of two back-to-back matches, whose second edition is set for the National Sports Stadium on Monday afternoon, it was Belmadi who triumphed after leading his side to victory.

Crucially, the North Africans now have a five-point cushion, at the top of the group and, should they avoid defeat in Harare on Monday, they will virtually seal their place at the AFCON finals with two matches to spare.

And, that could be a huge problem for the Warriors who, with four points, now find themselves just a point ahead of Zambia, who picked their first victory of the qualifiers, with a 2-1 win over Botswana in Lusaka.

The danger for us is that should the Algerians seal their qualification on Monday, it means they will not be under pressure to field some of their star players, like Manchester City ace Riyad Mahrez, in their remaining two games against Botswana and Zambia.

And, if both Zambia and Botswana pick points from their matches against Algeria, it will all be working against us, with the Warriors needing to win both their remaining two matches against their neighbours to stand a chance of qualifying for Cameroon.

What this means is that we have to fight, with all that we have, to ensure that we try to win our match against the Algerians on Monday.

While many analysts doubt whether we have such a pedigree, to down a giant like Algeria who have been at the very top of their game, we believe that it’s not mission impossible.

The reason why we have the faith is that we did enough, in Algiers on Thursday night, to have been full value for either a point or even a victory.

We had the chances, with Khama Billiat having a close range effort being pushed out for a corner by the outstretched legs of the goalkeeper, and Tino Kadewere missing a golden chance, with a header, which he usually converts.

Even when we emerged from the break, 0-2 down, we didn’t give up and we showed remarkable resilience to keep fighting, creating some fine chances, including one when Kadewere came face-to-face with the ’keeper and was foiled.

Our performance, for a lowly-ranked side, was decent and we created a lot of problems for the Algerians, with our weakness being that we didn’t take the chances that we created.

“Obviously I am disappointed by the result. I know we made some mistakes, but we should have scored goals if we had taken our chances.

“I will pick the positives going forward,” said Loga.

“I am happy that we managed to match the Algerians, but they were able to finish their own chances while we failed.

“Although we have not been together with the team for some time, there are signs which are positive.

“We will try to get a result in Zimbabwe on Monday.

“I am happy with the overall performance of my team, but disappointed with the result.”

Loga also should not let some people, outside his technical team of Lloyd Chitembwe and Tonderai Ndiraya, to influence him on the players who should be picked for the team.

Clearly, the presence of Ovidy Karuru, especially in the starting XI, was a blunder that backfired badly and we wonder what really influenced Loga to go with the midfielder who has been without a club since being released by Stellenbosch of South Africa.

It might seem brutal, given the excellent service which Karuru has given his country in the past, but if we have come to a stage where a player who is deemed no longer good enough to play for Amazulu and Stellenbosch can command a place in our Warriors’ first XI, then we are getting it wrong.

We are making a mockery of the high standards which are expected from those who should be representing us and, the introduction of Kuda Mahachi, in the second half, appeared to give us the cutting edge that we had been missing.

It’s too early for us to judge Loga, and by and large, the first impressions were good, but this is a job where a coach is judged by his results.

Foreign coaches have never helped us qualify for the AFCON finals, and already a sizeable community of the team’s fans have started crying foul, but we are ready to give him time.

However, he knows, judgment will be swift and very brutal.