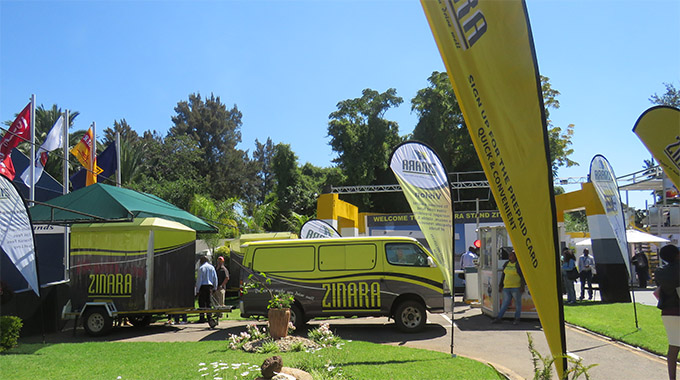 While a great deal has been done to clean up the Zimbabwe National Road Administration (Zinara), Parliament’s Public Accounts Committee is correct in wanting some sustained action to prosecute those who caused the mess in the first place and, perhaps even more importantly when we think about how much money is now needed to repair roads, claw back the money that was wrongly spent.

Zinara, when all is said and done, is a tax collection agency, very much like the Zimbabwe Revenue Authority on which it ought to model itself.

It collects two taxes, vehicle licence fees, what everyone who owns a vehicle must pay regularly regardless of how often they use or do not use that vehicle, and toll fees, that have to be paid by anyone moving between centres on the national highways.

That money is supposed to be paid into the Road Fund.

In many ways the taxes are easy to collect since they are difficult to avoid. So long as the police, or any other agency, check windscreens fairly regularly to ensure the vehicle licence discs are displayed, it is virtually impossible to delay payment, let alone dodge payment, unless you intend keeping a vehicle off the road permanently.

But with the decline in road blocks, the odd patrol of inspectors in suburban car parks and of city parking bays will help catch delayers who never go through toll gates.

And while the wild types reckon you can avoid some toll gates by using side roads, or even driving along bush paths, few attempt this since first the delays are immense if a toll gate is even halfway properly sited, and secondly the costs of repairing damage to vehicles and buying new tyres far outweigh the toll fees.

But, as Zimra always make clear in their annual reports, administration costs, the actual costs of collecting taxes, have to be very low.

In fact Finance Ministers angle a large number of taxes to ensure low collection costs, things like PAYE and VAT are collected by businesses; banks and the mobile phone companies collect transaction taxes and small traders pay presumptive taxes so Zimra does not have to spend five hours going through some hairdresser’s dubious accounts each month to collect enough money to pay for less than one of those hours.

Here Zinara has not been outstanding and, at one stage as the Public Accounts Committee has now made public, it seemed to regard the whole of its income as potentially accessible for administration.

We had board members getting US$19 600 Christmas hampers which, if they did not have to be delivered by a large truck, implies that board members wanted to spend Christmas arranging tasting sessions for well-aged single-malt whiskeys. We even had hair-dos for women employees.

The committee is correct that these, and the other horrors uncovered in the audits, are paid back.

Even Zinara’s salary bill was 11 percent of its revenue, instead of 2,5 percent. Who are all these extra people, and what do they do? Just how efficient is Zinara as a tax-collection agency?

For we need to remember what the revenue, the taxes, are being collected for. The money goes into the Road Fund. Zinara is not allowed to spend it; it is not a roads authority; it does not hire contractors and does not fix roads.

It is supposed to use formulas to decide what the Roads Department in its parent Transport and Infrastructure Development Ministry, and each rural district and each urban council gets. They build and fix roads, and obviously need to be checked while they do it, but that is not Zinara’s job.

But Zinara were spending money. And they spent it badly the audits revealed. Contractors were hired, seemingly at random, without going through the proper tender procedures.

So we had the obvious, contractors paid without filling a single pothole or making one metre of road, or at the very least charging far more than someone reputable would charge.

So yes these people needed to be hunted down and at the very least made to pay back the money, even if the contracts are so watertight that they cannot be charged in court.

It might have been more than four years ago, but they probably spent the money on things like houses so there are assets to seize.

And the then managers and board members, who signed off on these deals, need to explain and they can probably be charged as well.

Consideration could also be given to bringing Zinara under Zimra control, or even amalgamating it into Zimra, now it has been clearly established that it is a tax-collection agency.

Zimra was created to amalgamate the tax collectors, and so reduce administration costs and improve efficiency. And while Zimra has had its own problems, these fade into insignificance compared to Zinara’s.

One difference between the two is the oversight. Zimra falls under the oversight of the Ministry of Finance and Economic Development, officials whose life is built around accounts.

Zinara is under Transport and Infrastructure Development, officials who are good engineers and technical types, who can wax lyrical for an hour on how to build a road, who can design a bridge in a day. But they might not be so expert at seeing the flashing dubious payments in a stack of accounts, especially when Christmas hampers are labelled “office supplies”.

Vehicle owners and drivers passing through toll gates, like all taxpayers, dislike paying taxes. But when they have to drive on bad roads because Zinara managers want to spend licence fees on home gyms then they get angry. We pay, but we want good roads for our money, not muscular Zinara managers.

At the same time, the Transport Ministry could be given with suitable amendments to the law more oversight over how councils spend their Zinara money.

There are deep dark suspicions that some might use it for administration, or worse. Harare complains about its payouts, for example, but seems to do almost nothing with what it does get. And some councils pay for cheap and shoddy work that needs to be redone in a year or two.

Right now there is a national emergency for urban roads, a legal requirement to allow the Transport Ministry to step in and take control of the urban road repairs.

That could easily be made permanent with councils retaining a degree of independence by listing the priorities for new roads and road repairs. Sometimes experiments do not work, and sometimes administrative reforms might have to be radical.