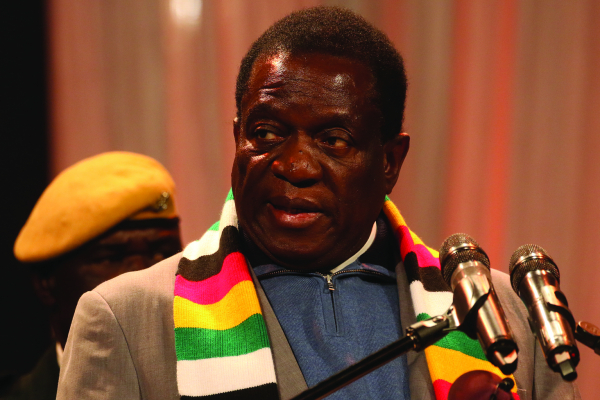 Phillips told Harare magistrate Nyasha Vitorini yesterday that Kaseke approached her during Mnangagwa’s recent State visit to China and pleaded with her to withdraw the charges against Kaseke.

“I told him (Kaseke) that when injustice occurred, it has to be solved. He cannot go around calling married women b**tch,” she said.

The court heard that Kaseke also went to the complainant’s father, who is a former ZTA employee, to ask him to influence his daughter to drop the case, but failed in his endeavours.

Kaseke, who was represented by Nomsa Sabarauta, denied the offence, saying it was the complainant who insulted him.
Allegations are that on July 27 last year, Phillips was at the High Court representing her client Freedom Maziriri in the company of fellow lawyers, Shamiso Mangwengwende and Gregory Garikai Masvikeni.

It is alleged Kaseke approached Maziriri in the presence of Phillips after a pre-trial conference and expressed his displeasure at having to deal with female lawyers.

The State alleges Kaseke told Maziriri that Phillips was not a good lawyer and that she was misleading him. This did not go down well with Phillips who immediately registered her displeasure over Kaseke’s conduct.

Phillips allegedly told Kaseke that his client had the right to be represented by a lawyer of his choice.

In a fit of rage, the ZTA boss allegedly shouted obscenities against Phillips, at the same time poking her with fingers.

Kaseke allegedly further threatened to assault the complainant, but was restrained by Masvikeni. Phillips did not suffer any physical injury and did not seek any medical treatment. It is alleged Kaseke’s lawyer Mahuni later sent a WhatsApp message to Phillips apologising on behalf of his client.

Netsai Mushayabasa appeared for the State.