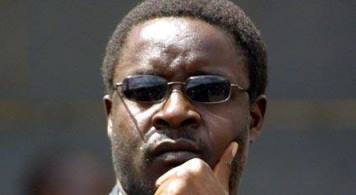 HARARE – President Emmerson Mnangagwa’s office has said the text-messaging campaign that debuted this week was part of the ruling Zanu PF’s sophisticated online campaign that had absolutely nothing to do with the Zimbabwe Electoral Commission (Zec).

This follows an innovative political advertising campaign canvassing votes for Mnangagwa and Zanu PF parliamentary candidates, which has gone mobile in the homestretch of this election season, with voters getting political ads texted directly to their cell phones.

This also comes amid intense online scrutiny and the serious savaging that Mnangagwa’s main challenger, Nelson Chamisa, is getting from social media bots — now popularly referred to as “varakashi” (online thugs) on Facebook and Twitter.

Mnangagwa’s spokesperson George Charamba told the Daily News they were revolutionising the way to engage voters, and denied compelling Zec to give them demographic information to target voters in particular constituencies as alleged by the opposition.

MDC Alliance leader Nelson Chamisa has said his coalition of seven political parties was pushing for full-scale investigations to establish how their nemesis ended with cell phone numbers of registered voters submitted to Zec in confidence during the biometric voter registration (BVR) exercise.

Zec alleged on Monday that Zanu PF could have accessed the mobile numbers from service providers, but this was strenuously denied by Econet Wireless — the country’s largest mobile cellular operator.

NetOne and Telecel, the other operators, have avoided responding to media inquiries on the matter, and understandably so, since they are both owned by government.

To add to the mystery, the Postal and Telecommunications Regulatory Authority (Potraz) issued a statement on Tuesday saying it has no access to people’s phone numbers or their polling stations.

Charamba told the Daily News that text messaging was a perfect way to reach voters,  and said he was surprised people were making an issue out of savvy use of digital media by the ruling party.

“You think Zec has more telephonic data than we have had ever since the beginning of cellphones?” Charamba asked rhetorically.

Charamba said the opposition were using the “puerile debate” of ads sent directly to cell-phone to justify their demonstration on Wednesday where thousands marched to the independent election agency demanding reforms they said were vital for a credible vote.

Charamba said they were not reinventing the wheel,  and said Mnangagwa was not the first presidential campaign to leverage the power of text messaging and other mobile technologies, citing Barack Obama, the 44th president of the United States from 2009 to 2017 who integrated text messaging into his strategies in order to win elections.

“Something that was done by Obama, is that a scary proposition?,” Charamba asked rhetorically.