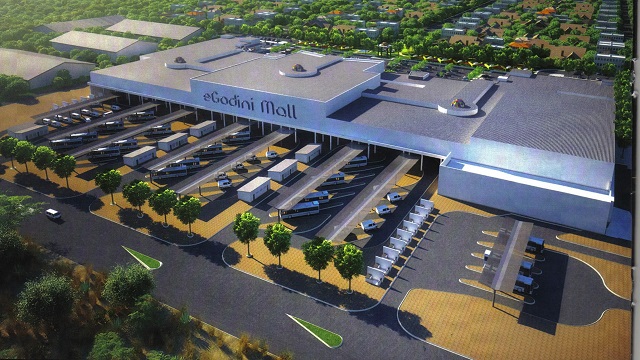 EGODINI Mall developer Terracotta (Pvt) Limited has reportedly been forced to change or amend some structural designs of the mall to cut costs owing to the punishing hyper-inflationary environment.

A progress report to the Bulawayo City Council (BCC) town, lands and planning committee by Terracota reveals that the company has been severely affected by a number of challenges such as the increase in interest rates, inflation and currency changes resulting in it re-designing some parts of the project to cut costs.

“Notwithstanding the challenging environment, works on site have been progressing at an acceptable rate. Due to the prevailing economic situation, the developer has amended certain design elements to mitigate against higher costs that can’t be passed onto tenants,” Terracotta’s report read.

“The sudden introduction of the Zimbabwe dollar in June 2019 as the sole legal tender meant that all arrangements (e.g, bill of quantity, construction contracts, procurement contracts, lease contracts) had to be revisited to enable continuation of planned development activities.

“With inflation last reported as being more than 150%, the project has experienced challenges with suppliers and sub-contractors who are unwilling to price for periods longer than seven to 14 days. This has introduced significant challenges in terms of procurement and budgeting. Under such circumstances, it would not be unreasonable to suspend construction works.”

The project, valued at $60 million, is on a build, operate and transfer basis and will come at no cost to council, reports have said.

The local authority will ultimately own it once Terracotta has recouped its investment.

“As with any capital project, debt funding is a critical component to fund the project to final completion. When civil works commenced, interest rates were between 10% and 12%.

However, these were suddenly increased to as high as 50% as part of the ongoing fiscal reforms.

“This has expectedly had an adverse effect on the phase 1 project programme to completion,” the report read.

Construction of the mall by the South African engineering firm took off last year after several false starts spanning over a period of five years.

All that Glitters is not Gold

JUST IN: Zim, ECA sign agreement ahead of forum