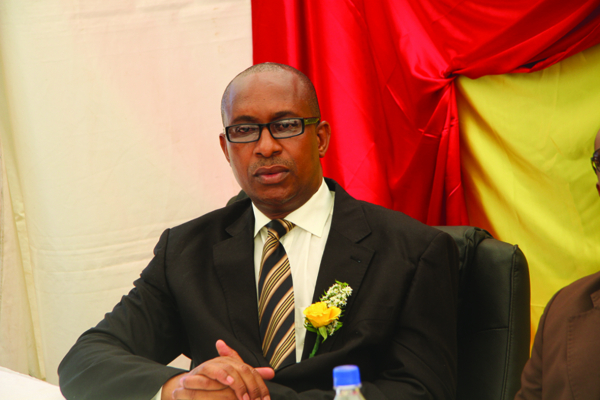 OPPOSITION politicians and political analysts have described next month’s elections as a delayed match for the Zanu PF presidential candidate Emmerson Mnangagwa, alleging that he has already manipulated the electoral process to clinch victory.

The issue came out on Thursday evening during a dialogue session by the Information Development Trust (IDT) and Sapes Trust on the Zimbabwe Electoral Commission, (Zec) the voters’ roll and electoral accountability.

One of the panellists, MDC-T vice-president Obert Gutu said although Mnangagwa appeared to be preaching peace in order to support his “Zimbabwe is open for business mantra”, he knew he had “smartly” manipulated the elections to his advantage.

“We are dealing with a sly government which is not going to beat us up because they are saying Zimbabwe is open for business, but we are also mindful that the July 30 elections are a delayed match and everything is pointing to something that has smartly been manipulated,” Gutu said.

“I think we must still participate in the elections because a journey of a thousand miles begins with one step and for our MDC-T to boycott is not an option because if you boycott you must have a viable option.”

Gutu said it was a misnomer for the Electoral Court to sit on May 14 before the voters’ roll has been availed to all stakeholders.

Gutu said Zec had a mandate to continuously register voters, yet in Zimbabwe an impression had been created that voters were registered towards elections.

Researcher Derek Matyszak said there was no such thing as a provisional voters’ roll in terms of the Constitution.

Harare West MP and candidate Jessie Majome (MDC-T) said the issues of the provisional voters’ roll were all a fraud, adding that when she got her electronic copy, she noted several shocking mistakes including non-existent addresses in her constituency.

She said as a former chairperson of the Parliamentary Portfolio Committee on Justice, she made several attempts to ensure the electoral law was revamped, but all were thwarted by Zanu PF. At one time she was even assaulted.

“There was serious resistance by the ruling party to amend it and obviously this had to do with the political interests of the incumbent,” Majome said.

She said the current amendments to the Electoral Act which were brought before Parliament by Justice minister Ziyambi Ziyambi were merely to legalise the biometric voter registration exercise, and not to ensure free and fair elections.