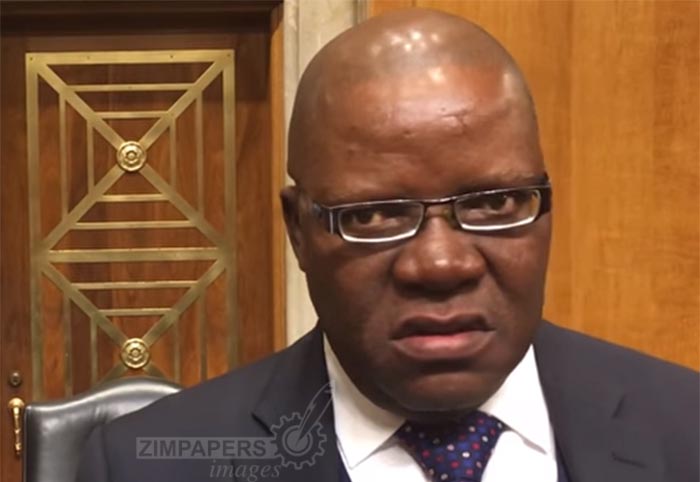 Christopher Farai Charamba Political Writer
The 2018 harmonised elections are drawing closer. No one is certain when exactly they will be held, save for the President, who will proclaim the date. But it is plausible to say, based on various provisions in the Constitution and the Electoral Act, one can expect them to be held anytime between now and August.

President Mnangagwa has stated that Zimbabwe will go to the polls potentially sooner than people expect. This has drawn debate, mostly on the Internet, as to whether he has the right to do this and whether the country will be suitably prepared for the polls.

One is certain that the President, a former Justice minister and a keen self-described constitutionalist, is well aware of the legalities around the timing of elections.

There are a couple of ways in which elections are triggered, either naturally after the lapse of the five-year term or following an extraordinary dissolution of Parliament.

Whatever the case might be in this instance, 2018 was always to be an election year and the general mood seems to be an eagerness for the polls to be conducted.

The future of Zimbabwe, particularly with regards to re-engagement with the international community and attracting foreign direct investment, hinges on conducting a free, fair and transparent election.

The President has promised this along with his message that Zimbabwe is open for business.

He has welcomed local, regional and international observers to apply to come and see for themselves how these crucial polls will be conducted.

While the administration will argue that previous polls have been free and fair, there is a sense that this one will be somewhat different and hopefully less contentious than before.

It is pivotal for the President and his administration’s image that these polls be faultless or near faultless as possible. The commitments they have made are the ones by which they shall be judged.

As Zimbabwe looks to rebrand and do business with the world, those that are looking to invest will need to have faith that the Government can uphold its end of the bargain and the elections will provide the first test of that.

The current administration seems quite confident, not only in its ability to deliver on its word, but also in a favourable result for it.

They are the incumbent and the opposition has not shown itself ready for the fight so that should add to Zanu-PF’s bravado.

Despite there not being a date, it is clear that the electoral campaign season is in full swing.

The Zanu-PF Youth League launched the #EDHasMyVote campaign last week and the MDC Alliance was on the road in Mutare, mobilising support.

A big question for the political parties this election season is what issues are they going to raise and how will they communicate these to the voters.

One of the big concerns to voters, almost always, but more so now, is job creation and revitalising the economy.

Judging from the way things currently stand, President Mnangagwa and his team have noted this and made the economy their top issue.

Part of the mandate of the #EDHasMyVote campaign reads, “to create conditions for economic independence, prosperity and equitable distribution of wealth of the nation.”

The economy is a salient issue. Zanu-PF has created a semblance of ownership due to the fact that it is in Government and has the means to make changes to legislation, for example, which can in turn affect the ease of doing business in the country.

President Mnangagwa’s trip to Davos also played a part as he went with the message that Zimbabwe is open for business.

He was seen engaging with the leaders of the IMF, the World Bank and the AfDB, three institutions with which Zimbabwe must mend relations and sort out its debts if it is to get new lines of credit.

The question is whether or not voters will see this administration as best suited to fix the economy.

As the campaign continues, one expects President Mnangagwa and Zanu-PF to continue to focus on the issue of economic reforms.

There is likely to be concrete policy changes that match the rhetoric currently being peddled.

On the opposition side, one would argue that as things stand, the main contenders remain the MDC-T.

For a long time, the MDC-T had gone with the message “Mugabe must go” which formed a central part of their campaign.

Now they find themselves in a position where Cde (Robert) Mugabe is no longer in office and that was a result not of their own making, but through the hand of their rivals Zanu-PF.

That issue was taken from them and what remains is for them having to reorganise and figure out if they can formulate a message strong enough to win over the electorate.

As mentioned, the economy is a salient issue, however, one is sceptical as to whether the opposition can do enough to claim ownership of that issue or show themselves as the best to tackle it.

The administration has shown itself to be working to fix the economy and has been engaging various stakeholders across society on ways they intend to bring reform.

It is therefore not enough for the opposition to take the message that it was Zanu-PF that brought Zimbabwe to its current state as there are some who are willing to give the incumbents a chance to see how they will perform.

The trip that Tendai Biti and Nelson Chamisa made to the USA recently was damaging to the opposition as the narrative that followed was that they sought to make life more difficult for the Zimbabwean people by hampering re-engagement prospects that the Government is pushing for.

What the MDC-T needs to do is illustrate with some clarity what economic strategies it has for Zimbabwe.

They need to change their approach and realise that they are dealing with a new rival who, while still part of the previous Zanu-PF Government, has taken on a completely new rhetoric.

However, one is not confident that they will be able to do this, especially before the elections.

The problem that the opposition, read MDC-T, faces is one of disorganisation.

The Alliance does not seem to be solid and if they cannot resolve their internal issues, it does not give confidence that they will be able to take on Zanu-PF.

With elections on the horizon, now is the time for political parties to finalise their manifestos, figure out their messaging and deliver it to the people of Zimbabwe.

Jobs and the economy are likely to be the main issues that voters will care about and whoever offers what is perceived to the best option, will likely come out on top.