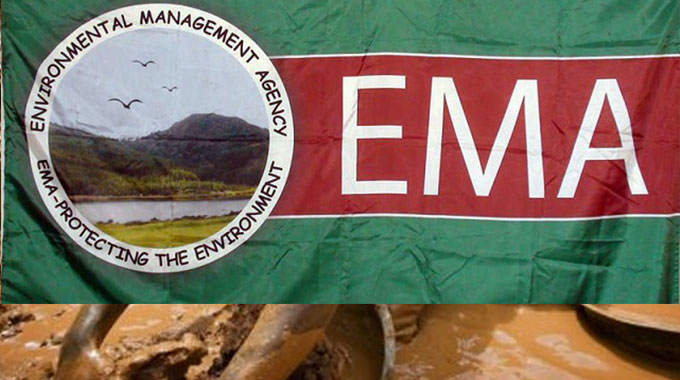 Bongani Ndlovu, Sunday News Correspondent
THE Environmental Management Agency (Ema) is concerned with damage caused by riverbed mining, at the confluence of Insiza and

Umzingwane rivers in Matabeleland South saying that poses serious health risks for people downstream and those who the rivers supply with water.

Last month Government banned all riverbed alluvial and riverbed mining on rivers with immediate effect, except on the Save and Angwa rivers where desiltation will be allowed under very strict conditions. However, at the confluence of these Matabeleland South two rivers, it seems illegal gold miners had been carrying on their activities, which uses mercury to process the precious metal. Ema Matabeleland South Provincial Environmental manager Mr Decent Ndlovu said there were worried about the health of communities downstream of the river.

“We are worried about communities downstream and this mining is associated with the use of mercury and we have such big numbers in such a place, with no toilets or anything. We have the reservoir that supplies Collen Bawn Town, West Nicholson and surrounding areas both affected,” said Mr Ndlovu.

According to Mr Ndlovu, when mercury contaminates water its next to impossible to purify it. He said Ema together with the Zimbabwe Republic Police (ZRP) were working to enforce the law on riverbed mining. Mr Ndlovu said there were more than 15 mine shafts that have been dug by illegal miners at the confluence.

“This place which is in the confluence of Insiza and Umzingwane River has been seriously degraded by illegal miners where shafts measuring between 30 to 50 metres have been dug in the river bed. There are more than 15 shafts which is a massive degradation of the environment, threatening the weir that provides water to Zimbabwe National Water Authority (catchment area), which is just in the vicinity downstream,” said Mr Ndlovu.

He added that Ema was in the process of rehabilitating the area. He encouraged illegal miners to register with the Ministry of Mines and Mining Development.

“We encourage them (illegal miners) to approach the ministry of mines where they’ll be given the necessary paperwork or place to mine, in such a riverbed they may be given special grants, but currently alluvial and riverbed mining is prohibited. So, we have come in to make sure that this doesn’t continue,” said Mr Ndlovu.— @bonganinkunzi.