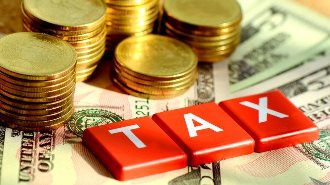 HARARE – In the face of a declining economy, local companies are diverting workers’ employment tax (PAYE) due to the Zimbabwe Revenue Authority (Zimra) and converting it to support their own cash-flows and overhead expenses, it has emerged.

Companies, by virtue of the law, act as agents and are mandated to withhold PAYE from their employees or charge value added tax (Vat) when they supply taxable goods and services.

It has, however, been noted that not many are complying with the law, thus complicating the work of Zimra.

Zimra commissioner-general Faith Mazani last week told lawmakers in Harare that it was important for agents to withhold or charge the correct amounts, and remit the same to the authority within the stipulated due dates.

“Regrettably, some of these collecting agents or companies are abusing these amounts by diverting them to support their own cash flows and overhead expenses, which creates the paradox of government loaning out taxpayer funds to other taxpayers at no interest,” she said.

Of the 511 059 tax returns expected for the first quarter of this year, filing compliance levels stood at 23 percent and 39 percent for PAYE and Vat respectively.

The reasons for low compliance include corruption, negative perceptions by taxpayers, and lengthy prosecution processes, which make it difficult for the tax authority to bring delinquent taxpayers to book through the courts of law.

“Zimra ends up resorting to imposing high penalties to get the returns submitted. The authority is, however, seized with various strategies to reduce our debt level that include close monitoring and settlement and review of payment plans. The tax authority is also reviewing its systems, including transactional taxpayer data to establish correctness of debt,” Mazani said.

The tax authority acknowledged that the country is facing tough economic challenges affecting taxpayer capacity to pay their dues and has since introduced tax amnesty, which opened on December 31, 2017 and ends on June 30.

Zimra, through the tax amnesty, waives penalties and interest to encourage taxpayers to come forward, negotiate and make payment plans for the principal amount only.

Garnishing the taxpayer is always a last resort strategy after all other efforts to make the taxpayer pay voluntarily have failed.

This targets mainly those defaulters who, in spite of being able to pay, do not come forward to pay.