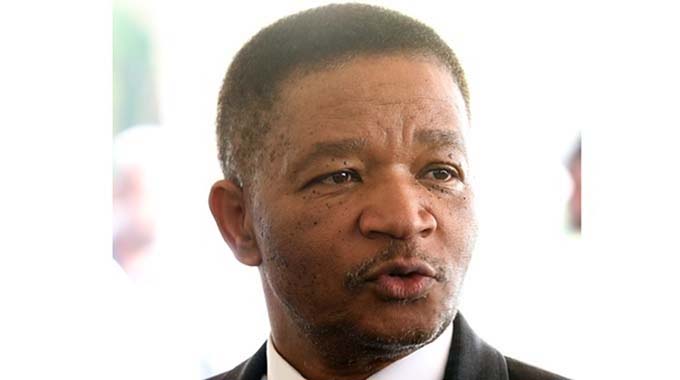 Debra Matabvu
Work on expanding  Harare’s Robert Gabriel Mugabe (RGM) International Airport is on schedule, raising expectations the $153 million project, which is expected to increase traffic, cargo volumes and passenger numbers, will be completed on time, a Cabinet minister has said.

China Jiangsu International, which was recently contracted by Government for the project, has since levelled the VVIP side, where two aero bridges will be constructed.

Transport and Infrastructure Development Minister Joe Biggie Matiza told The Sunday Mail recently that the timeous completion of the project will naturally result in a concomitant rise in both flights and passenger numbers.

It is envisaged that upon completion, the airport will be able to handle an estimated six million passengers annually, which is comparable to Kenneth Kaunda International Airport (KKIA) in Zambia.

KKIA is similarly being expanded by a Chinese company, China Jiangxi International, at a cost of $360 million and the new terminal will be opened by October this year.

“The company that is working on the airport is on site, they are already bringing their materials. It is a four-year programme and they are on schedule, so within the period 2018-2023, it will be completed.

Government believes that the new terminal, whose commissioning will likely coincide with increased flights from regional and international airlines, will be passenger-centric. The project, which is bankrolled through a $153 million concessional loan facility from China Eximbank, involves refurbishing the old terminal and constructing a six-kilometre runway.

The current runway only accommodates one aircraft at a time. Further, the parking area will be expanded.

Minister Matiza said, “In the coming years, we are going to witness a number of planes coming to Zimbabwe. Ethiopian Airlines say they are bringing in another Boeing to Victoria Falls. Emirates are also coming in. The crowding of planes coming in means the aviation industry is growing.

“That airport was timely conceived because by the time we finish it, there will be a lot of airplanes flying into the country.”

Although outstanding debts owed to China threatened to scupper the airport expansion project, President Mnangagwa, whose administration is aggressively pushing for a major infrastructure development drive, managed to negotiate for the release of funding during his State visit to Beijing in April last year. Government views infrastructure projects as key enablers to plans of establishing a middle-income economy by 2030.

They are also considered to be important in transforming Zimbabwe from a landlocked to a land-linked country.

It is believed that Zimbabwe can leverage on its centrality to the Southern African region to create a lucrative and convenient transport and logistics hub. During recent bilateral engagements, Belarus undertook to invest in the logistics business.

The mulled project also covers the local road and rail network. Separate roadworks, particularly on major arterial roads such as Beitbridge-Harare-Chirundu road, which is key to the North-South corridor, are being pursued.

Government intends to select five local contractors, who will each be given a 100-kilometre stretch to work on.

Work has already begun on the Beatrice to Chivhu road. Overall, the $1 billion upgrade will take a phased approach.

United Nations statistics released last week show that Zimbabwe is among 32 landlocked countries which account for less than 1 percent of global merchandise trade.

The country’s participation in international trade, measured as a share of their merchandise exports in global exports, reached a peak of 1,2 percent in 2012 before dropping to an estimated 0,9 percent in 2017.